It was my last week before going back to work, I had to go for a last holiday! (New York, London, Switzerland, Lyon, Phuket, KhoPhiPhi and Singapore had just not been enough...:-)
So here we go, Sunday evening, I'm escaping Singapore by train! A very rare thing. First, I have to say that the station is an old art deco building which really doesn't match the rest of Singapore, it's in the middle of the docks, I actually asked the taxi driver if it was REALLY the right place! Anyway, the station and the rail is Malay territory, so I have to go through immigration before boarding the train. The train is very spacious and air conditioned. 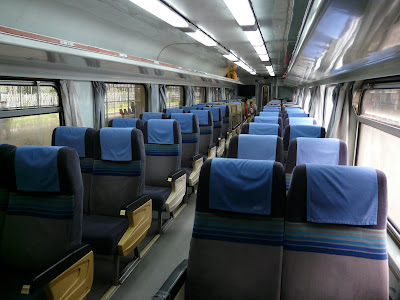 Very slowly, the train makes its way through Singapore island, then we reach Malaysia. Everyone has to get off the train, go through a second immigration, then once everyone has cleared, we are allowed to board the train again, a bit of a weird system...

The train across Malaysia is slow, we sometimes stops for more than 45 minutes, apparently waiting for a train from India to join us... At 22.15 I make it to Gemas (only 10 minutes late). Gemas is the town where the east line (fast line going through KL) separates from the west line: the jungle line. I buy a ticket for the next day, I'll be travelling 1st class (whooo), the train leaves at 9.15am and I'm make it to Khota Bahru at the Thai border at 19.45.

A good night of sleep and a meeting with 2 Swiss and 1 Canadian later I'm ready for my 10h train trip across the Malaysian jungle.

The train goes nicely across the palm trees, from time to time we see a village. The nature takes its rights back over building as soon as they are not inhabited. Sometimes a huge rock stands out of the jungle, it is such an incredible scenery. 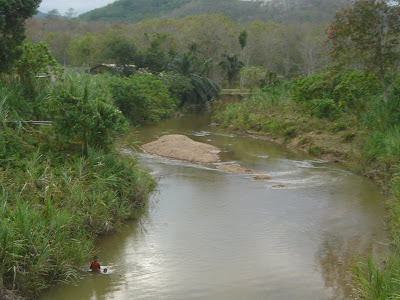 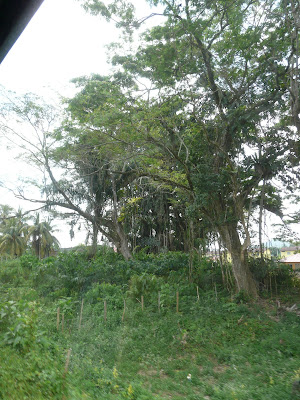 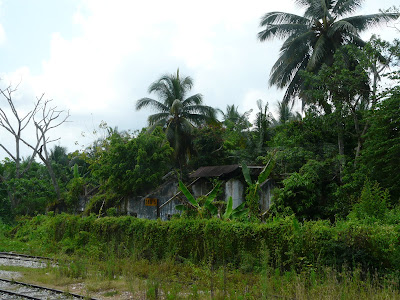 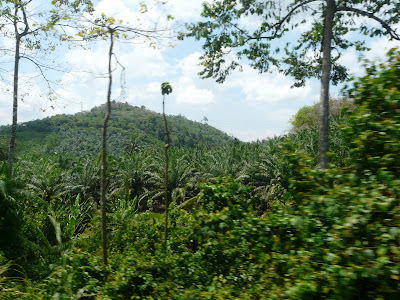 On the evening, I enjoy the night market of Khota Bharu where the food is amazing! I discover the murtabak, the fish ball (mix of dry fish and coconut) and so many other things with names I can't remember...

In the train, I have met another 4 Canadians who don't really give me good feedback about passing the Thai border on the east coast. I spent the rest of the night wondering if I should take a bus across Malaysia and cross the border on the west.
See the next post for the rest of the story...
Posted by M. at 7:01 AM