I seem to be running vaguely late on this post...

It was back in July last year, last trip before leaving Singapore


Here we go, I'm done with travelling SE Asia (for this time) and this is the last post on this blog where I have been more or less regular for the past 4 and 1/2 years.


The last trip was to Bohol in the Philippines. On the advise of a few friends, we are avoiding the ferry from Cebu and taking a connection flight to Tagbilaran which means that I have booked 4 single flights with 4 different airlines (including tiger airways!!!) and I can now say that the connections were all super smooth!


Before moving on with telling you all about our WE, I need to mention the transfer between terminal 1 and 4 in Ninoy international airport. We were lucky enough to see a shuttle bus rapidly arriving but as it took about 30 attempts to open the bus door, it was longer to board. The driver decided not to close the door again and our case which he had left on its wheels was luckily caught by a fellow passenger before it escaped on the tarmac. Ah yes, I should have said that by that point, we were actually on the runways, after passing a gate, in the middle of the planes. And I thought international airports were secured areas......

Then he stopped us on the back of a maintenance workshop and told us that was terminal 4????????

We were actually at the back of baggage delivery, someone nicely opened a door for us to let us go back to the front if the building where we could access departure. Once at departure we were laughing at the sound of "cocorico" thinking this airport was really country style having chicken at the back door, that's when we realised the chickens were actually being tagged as checked-in luggage and did not seem to appreciate to be in carton boxes and were protesting loudly!


Anyway, moving on to the WE itself.

After a night in the air, we arrived on Bohol island by 9am on Friday morning, a short taxi ride and we stopped at our hotel on Alona beach, Punglao island. It's a lovely little beach with a few resorts, bars and restaurants offering the option "toes in sand" and massage places.

After a dip in the pool and a siesta we enjoyed all activities on offer (at least bar and massage). Baby A was very popular (despite being very grumpy due to lack of sleep) and went from arms to arms, philipino ladies just LOVE kids!


Saturday was island hoping day, we booked ourselves a little boat to go snorkelling, enjoyed squid adobo with the locals and visited a desert island.

The water was very clear and the sand very white and... I got sun burnt.. 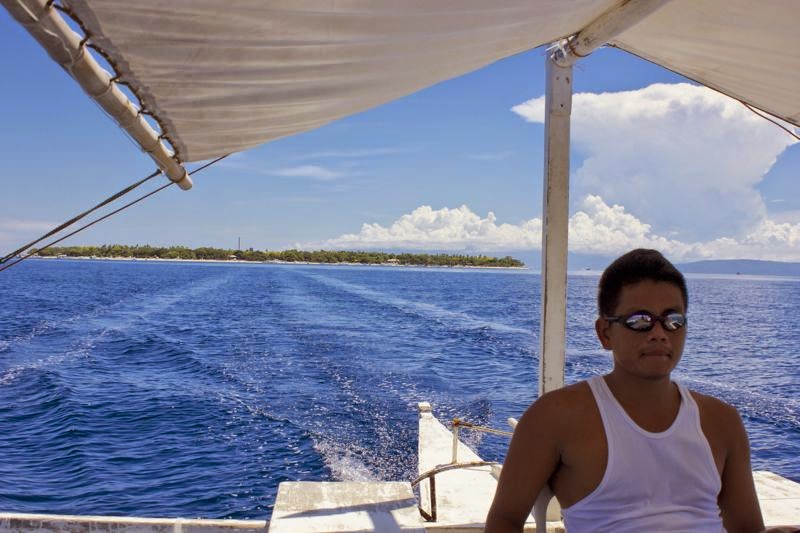 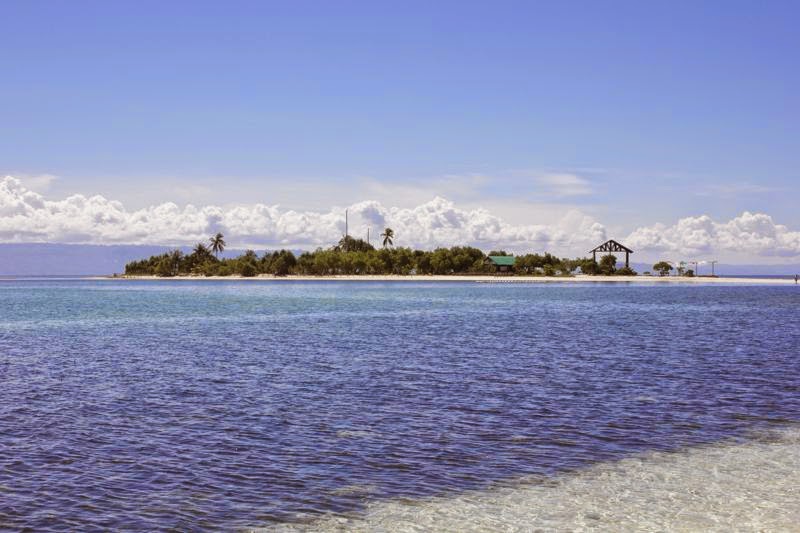 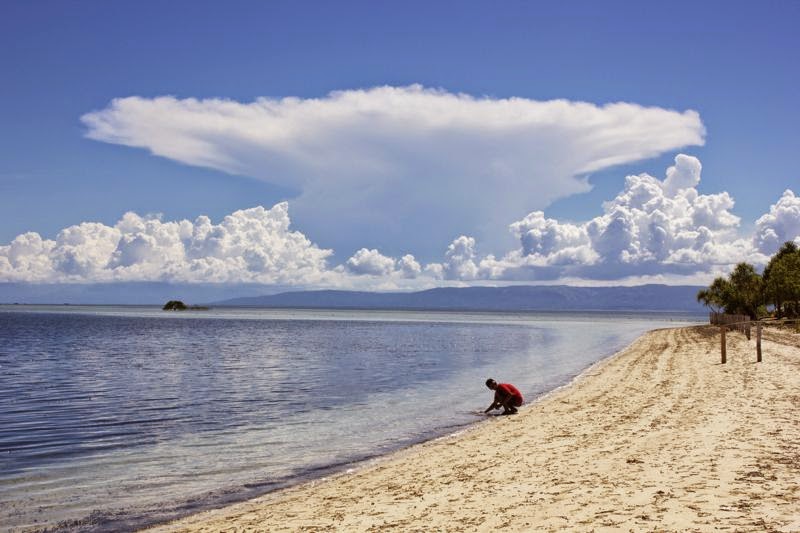 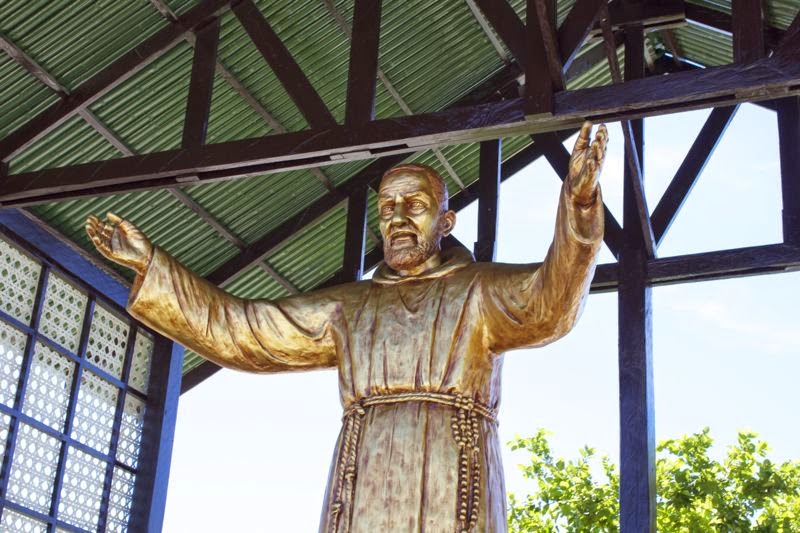 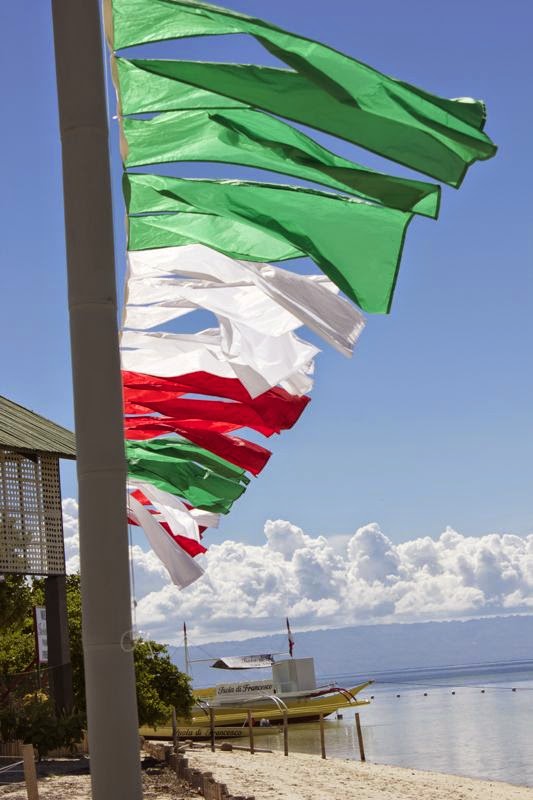 On Sunday, we abandoned the sea for a country side tour. First stop were the famous chocolate hills which are actually more chlorophyll hills than chocolate as they are all greens!

A climb of 214 steps took us to the top of one, as it was raining a bit, the view was a bit cloudy but that only gave a bit more of a mystical feel to the scenery. 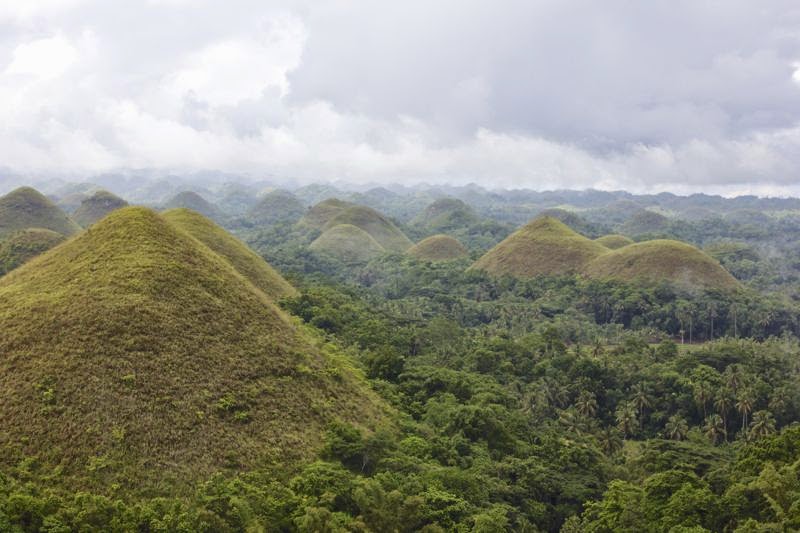 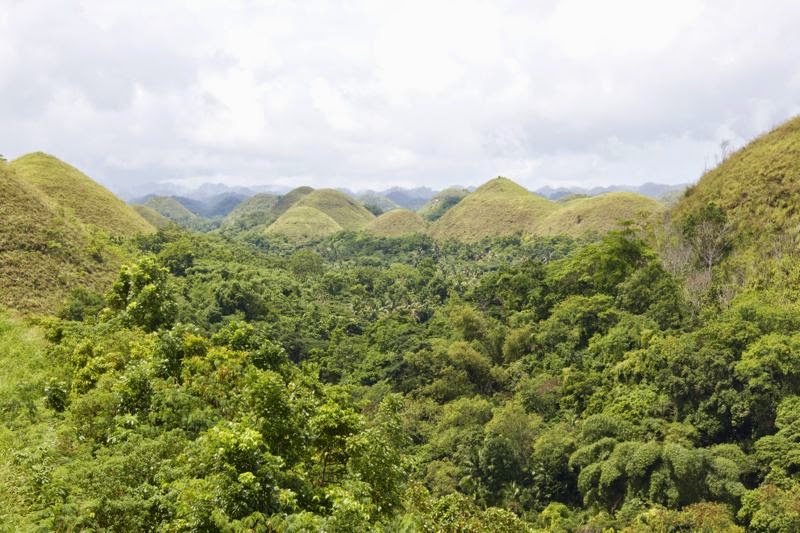 Second stop was the man made Forrest, we then by passed the butterfly farm to arrive directly at the tarsiers conservation centre. As it was the middle of the day, it was nap time for them but they were still very cute! Looking a bit frighten by tourist coming close to them to take photos with iPads... 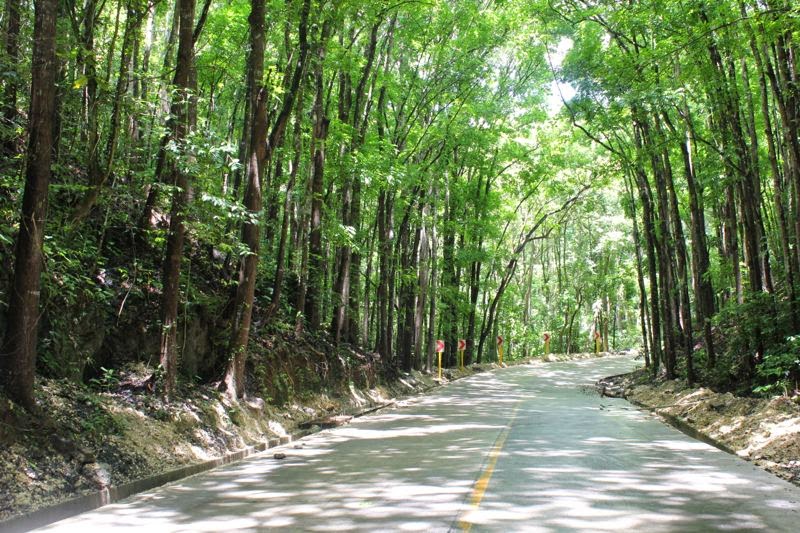 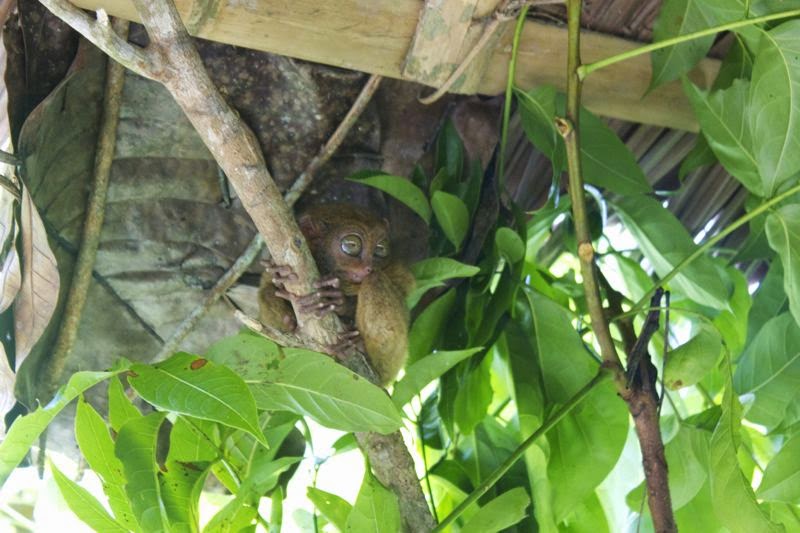 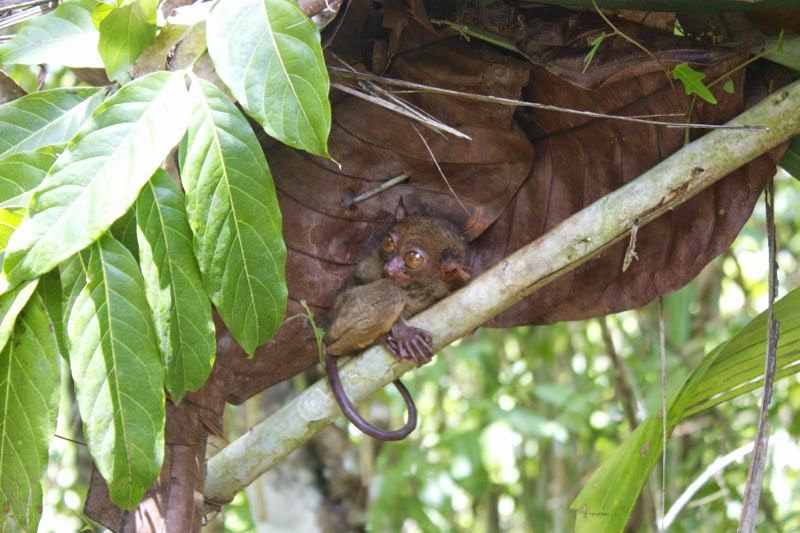 We had lunch on a cruise on a beautiful river, it looked super touristy but was actually rather enjoyable! 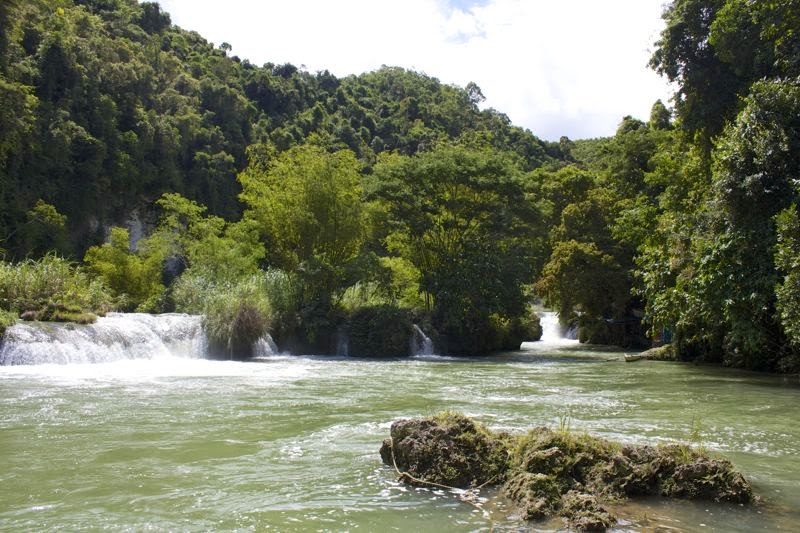 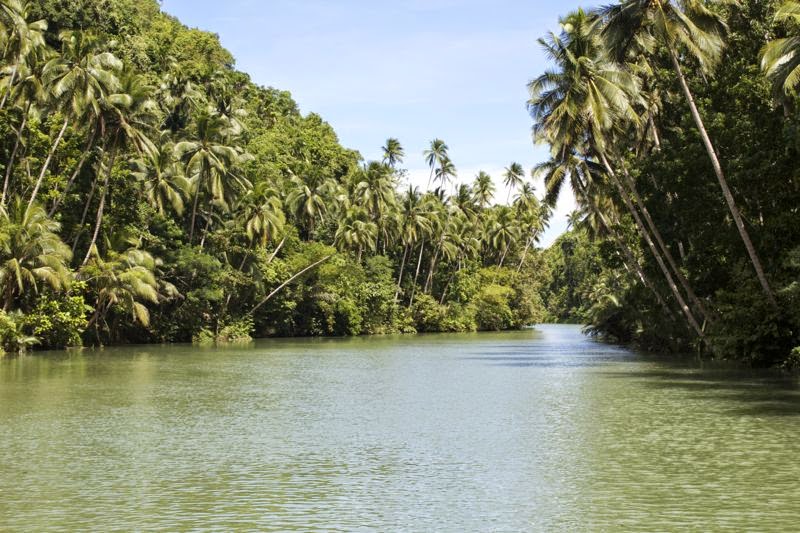 On the way back to the airport, we stopped at a very old church partially destroyed by the latest earthquake and we avoided the biggest python in the world/Asia/ the Philippines (can't remember), apparently he can eat a pig, he would have taken baby A as a peanut!!! (and I hate snakes...)


Anyway, time again for the airport and our 2 flights back home! Lovely last WE in Asia, hope to be back soon!
Posted by M. at 4:42 PM No comments:

Our first trip to KL was one of our first trip when we arrived in Sg, this time it's one of our last trip! And it looks like we have made progress! Last time we had not managed to find anywhere decent to go out, this time we partied until the morning!

Anyway, the official reason for going was the famous Redbull airrace which we had previously seen in London and Perth, Australia.

On Saturday morning, we made our way to Changi airport, testing for the first time as parents our capacity to travel without check-in luggage with baby A.(test passed successfully!)

Reaching KL under a grey sky, we spent the afternoon at the big Buddha, a KL highlight we had missed last time, let's say that the highlight of the trip was probably the Magnum ice-cream...

No, the view from the top of the stairs with the Petronas towers in the background was actually quite good. 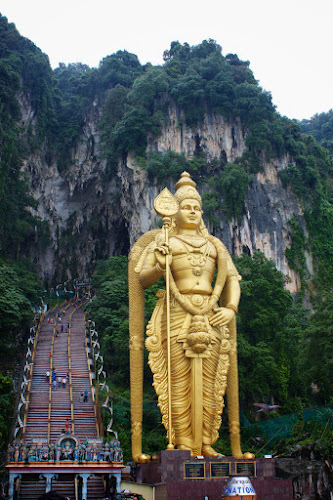 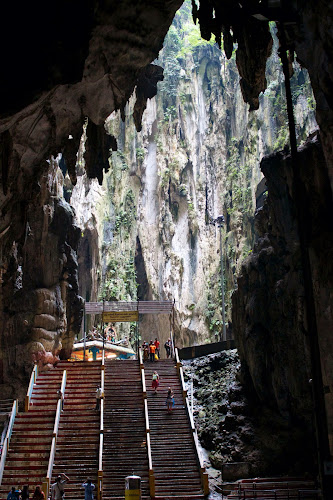 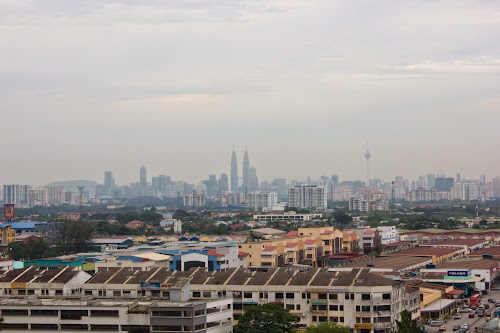 Anyway, the evening was better, we roughly knew where to go out but it still took us 1h walking around to find "the" street with all bars and restaurants. The locals just don't know it or they pretend really well! (may be in a Muslim country it's better)

It was good fun, on top of lots of bars and restaurants, the street presents a very high concentration of Ferrari and Lamborghini!

Sunday afternoon was race time in Putrajaya (officially the federal administrative centre of Malaysia, it's a man made city with big buildings, big roads and no human)

No one had a clue that there was an air race anywhere, there was not a single sign until we were inside the air race zone, there was nothing to drink except coke which I mistaken for ice tea... And food choice was between pink sausage or deep fried chicken...

Moving on from Malaysian organisation, the race was ok but nothing like the fun we had previously experienced in London or Perth, a bit of a disappointment... 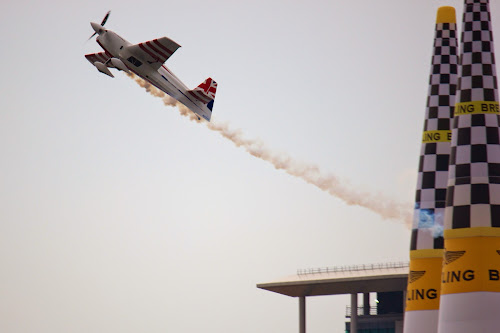 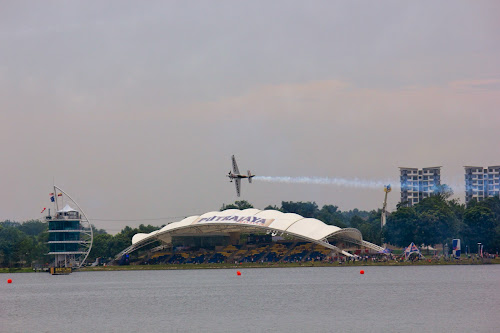 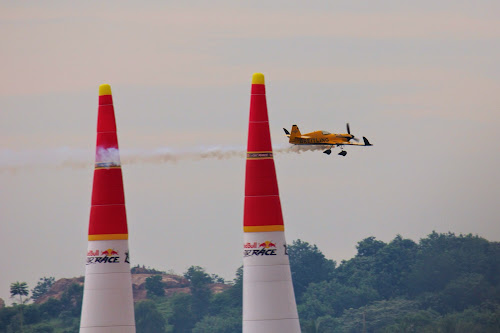 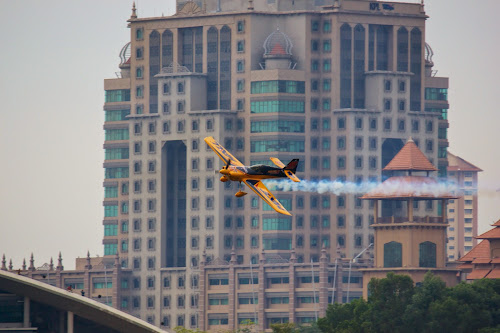 Not to pile onto the organisation, I won't mention how to get out of this place!

Anyway, looking forward to the next Redbull airrace (out of Malaysia! :-)

There is more than sushi to japanese cuisine! There are waxy display, yakitori, umeshu, sake and so many more! 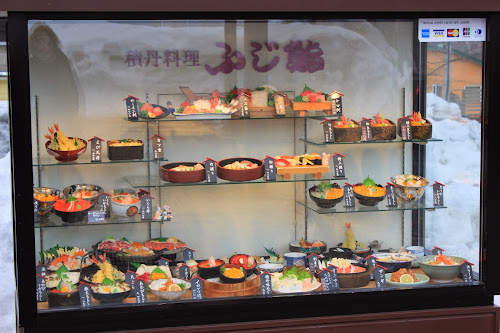 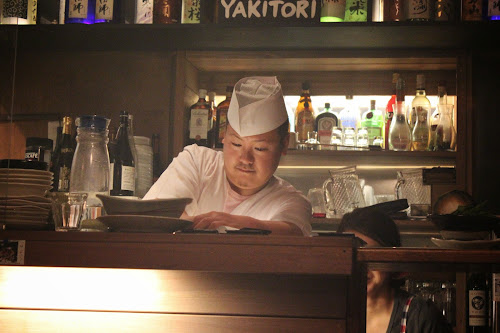 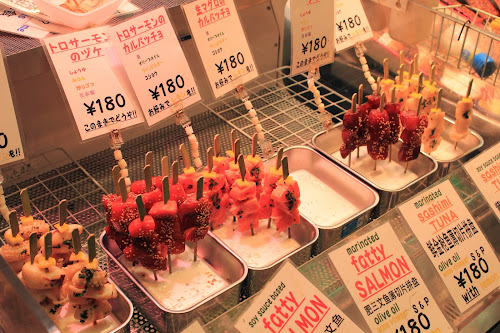 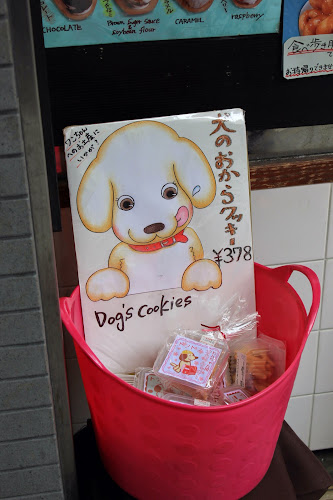 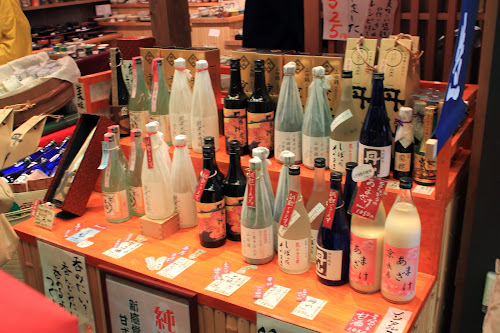 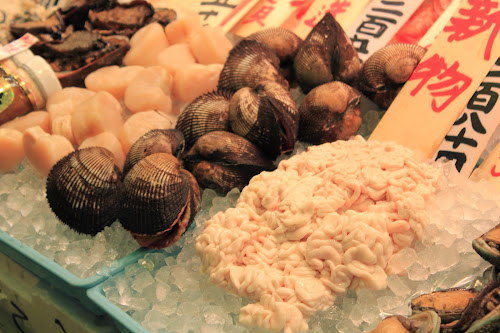 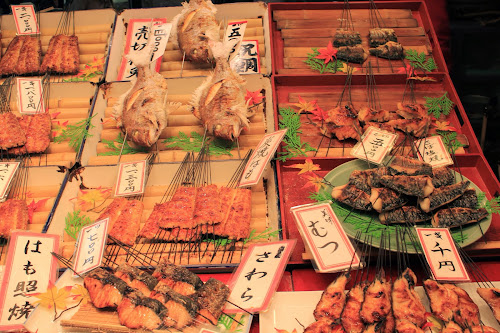 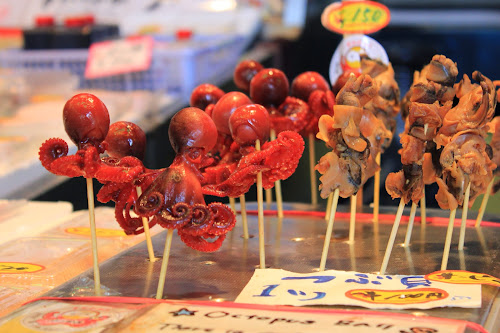 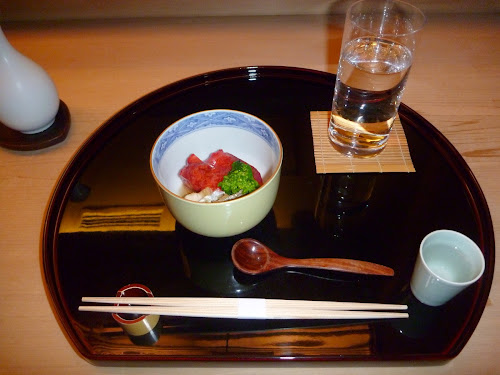 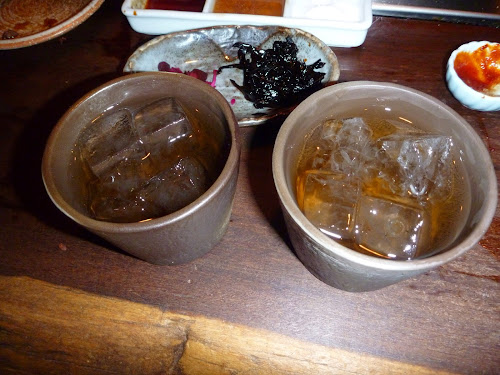