East Timor, the trip which wasn't on the list

Dili, east Timor is not known as a SE Asia highlight, but thanks to AF and M who recently moved there, we got the opportunity of discovering Timor Leste for a long weekend.

The length of the visit wasn't really up to us as there are only 3 flights a week between Singapore and Dili, anyway it was May 1st, so extra long weekend.

We flew with Air Timor but they do not have planes... So it is chartered by Silkair. 3h30 flight and we land in Dili which has a beautiful mountainous background. The airport vaguely reminds me of Luanda but smaller. A few helicopters are ready to take off to go offshore, visa process looks confusing and signs are written in Portuguese (and the local language, Tetum - I think that's how to spell it...) 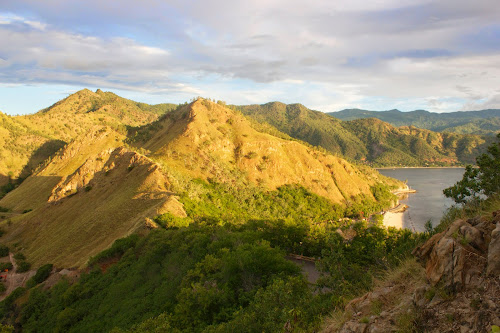 The conveyor belt is so short and running so fast that it ejects the bags off in a very efficient manner. Anyway 30$ lighter (per person, including baby A, despite R's attempt at negotiation...), we have our bags and are out, delighted to realise that AF and M came to pick us up as we had no idea where they lived...

We pass the only mall in town where people came to ride the lift when it first opened as it was the first lift in Timor! Now it's more for the AC that they come to visit. Temperature is similar to Singapore, it's the end of the rainy season, but we had a beautiful sun for 5 days.

First stop is the market where we try to buy fruits and veg for the WE, negotiation is mandatory as prices are largely inflated at the sight of our caucasian faces. I meet an old lady who I assume doesn't own a mirror as she has flashy red lipstick but only on her bottom lip and teeth, I later will learn that it is not a mirror issue but a local habit of chewing a root which makes saliva bright red.

After buying watermelons and tomatoes, we take a walk up to the Christ where we get a lovely view of the area, baby A gets lots of whoooo and ahhhh as baby carrier don't seem to be common. 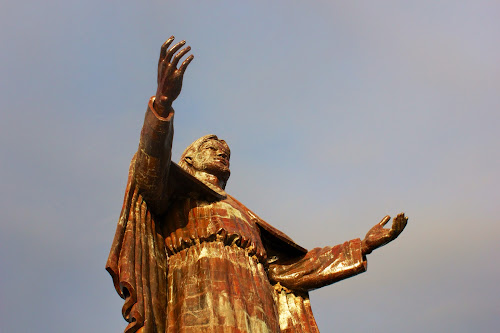 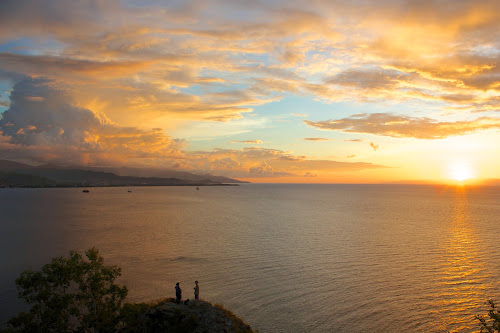 The day after, it's an early departure to the dive shop to organise dives and transfer to Atauro island where we are spending the WE. The ride to the island is bumpy to say the least, we are all completely soaked apart from the baby who slept all the way through!

The 2 dives were wall dives, first one being a very quick drift dive as well! Amazingly there is only 25km between the island of Timor and the small island of Atauro, but the ocean goes down to more than 3000m depth! It's apparently a well known corridor for whales to move across oceans.

Unfortunately no whale, but we saw dolphins, splendid corals and the usual tropical fish (I know, sounds a bit blasé...;-)

Moving onto the island, we discover our lovely little house on the beach which has electricity! But apparently not enough to support a fridge as we discovered once in pitch dark the first night...

We have an early night after a dinner of pizza and gnocchi at the famous island Italian restaurant. (We had to book and they opened only for us!)

Day 2, we decide on an hour walk on the beach towards the main village at around 11am, great idea in the burning sun! 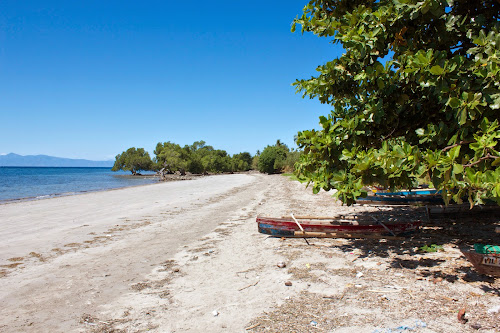 Good swim in very clear water while observing Japanese and Timorese people do some team building activities on the beach, that was really random... 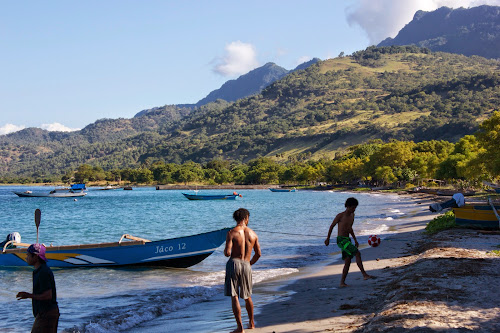 After failing to find a fish to BBQ, second evening is made of take away pizza and salad. I think it's the first time in Asia where we struggle to find food! Fishermen did not seem interested in getting us fish!

Sunday morning, as soon as we see people coming out of the water, we jump on them to buy some fish, they didn't got much, most fish were really small but after a bit of tetum/Bahasa communication they agree to sell the fish, to prepare them and even to cook them! 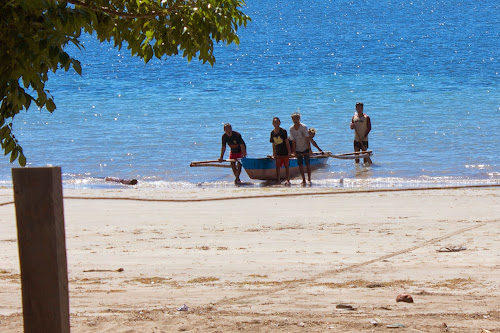 Absolutely delicious! But lost cause to try to find a big fish for the evening, it was nearly church time! so guess what? Back to the Italian restaurant!

We did make it to church before that just to have a look, very lively mess, the full island must have turned up, it was packed!

Our snorkeling activity in the afternoon did highlight the lack of big fish in the area so I guess not a strong motivation for fishermen to go for small prays.

Monday morning, we make our way back to Dili with much better sea conditions. As we ban pasta and pizza from our plates, we do finally get some fish and a magnum!!!

(we had spent the WE talking about desert we couldn't get!)

Another walk on the beach and a few badminton games later and it is time to head back to Singapore. It was so nice to discover a country which sees very few tourists, don't wait too long to visit, it's changing fast!