Apologies... but look forward to SriLanka, London and Japan

I have not been very up to date with the blog recently. I have finished telling you about Myanmar but I haven't even started Sri Lanka that we visited in January during the Chinese new year week! Since, time has been flying, I spent a month in London and I have some really pretty snowy photos to share, then 10 busy days in Singapore before R and I flew back to France to get married, followed by 2 weeks honeymoon in Japan. I now have one day for recovery in Singapore and I'm off to Angola for a month where I will not have time to update this blog, so really this is my apologetic post to advise in advance that I'm running late on stories and that is not going to improve in the near future! :-)
Posted by M. at 8:44 AM No comments:

The theme of the month is "Glace" in French which can mean ice cream or mirror, your choice!
Actually, MY choice is ice cream.

As usual on this blog, the photo is the photo (taken once again with my iPhone...sorry), but the interesting bit  is the story which goes with it.(at least I hope!) 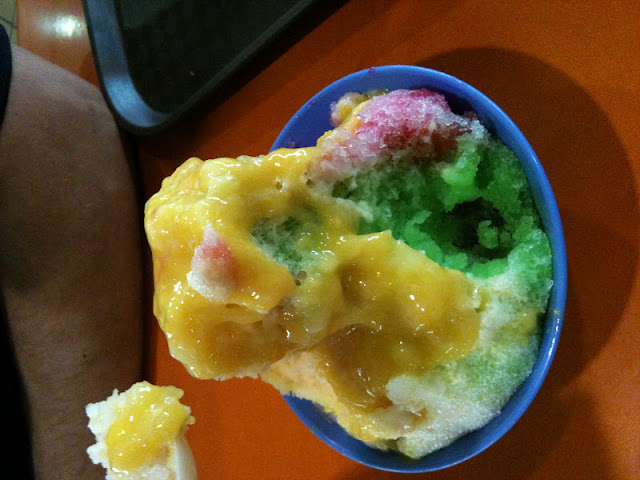 So this ice cream is a typical Singaporean dessert; it's made of a big pile of crushed ice, then colorful syrups are poured over it and finally it gets topped up with durian custard.
In case you are not familiar with Durian, this is the most disgusting fruit I have ever eaten. It might even be the most disgusting thing (in general) I have ever eaten.
For more information: http://en.wikipedia.org/wiki/Durian
Just to prove my point, Durian is banned in public transport in Singapore!

I actually had a more powerful photo of a friend of mine eating this ice-cream, but I don't like putting people on the blog... I let you imagine how that looked like, I don't think he was impressed by the flavors combination...

Now, to see more "glace", here are the links:

The Burmese seem to enjoy changing capital on a regular basis, Rangoon has recently lost its status when all administrations were moved to the new city of Nay Pyi Taw, Mandalay had followed the same principle in the early XXth century.
There is not much left of the old capital really, a reconstructed palace and a beautiful teak monastery which had luckily been dismantled and moved out of the palace enclosure before the bombing of the WWII destroyed everything. 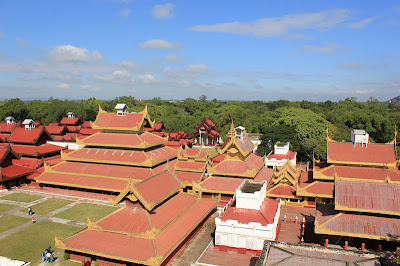 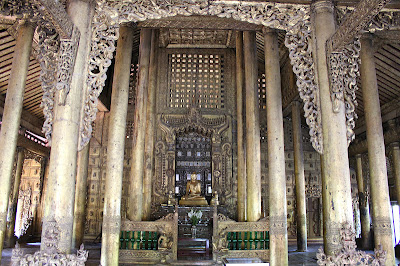 At the foot of Mandaly hill, there are also 2 famous temples containing the world biggest books, made of marble, each contained in a very white pagoda.

Before climbing the hill, we enjoy our best meal in Myanmar! prepared by the man below. It did not inspire lots of confidence when he started cutting tons of ingredients with scissors and mixing them with his bare hands in a bowl but it was really tasty! (anyway, much better than what we had in the rest of the country!) 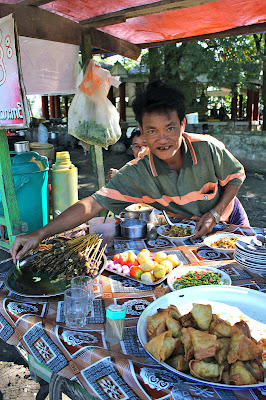 And finally, just before rushing back to the airport (once again!), here is the fantastic view from Mandalay hill: 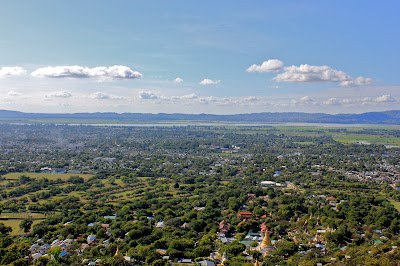 But the real interest of visiting Mandaly lies in the 3 ancient capitals which are within 30 km of Mandalay: Inwa, Amarapura and Sagaing.
We hired a taxi for the day and got taken around the area. The driver was like a tour guide, he knew the right time to be at the different spots: 10h15 to see the monks queuing for food, when and where to get a boat and a horse and also how to make the best photos of the famous U Bein's bridge (lonely planet cover :-).
So we really need to thank him for the following shots! 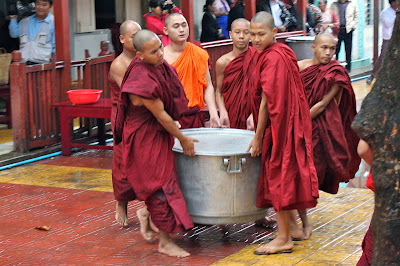 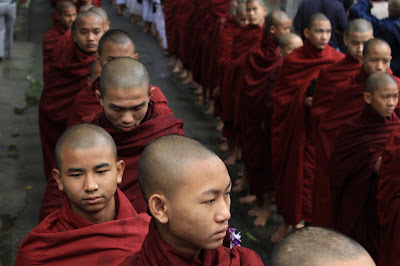 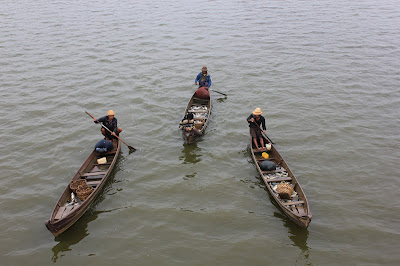 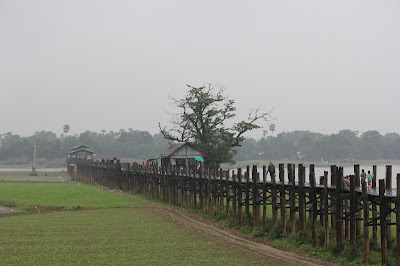 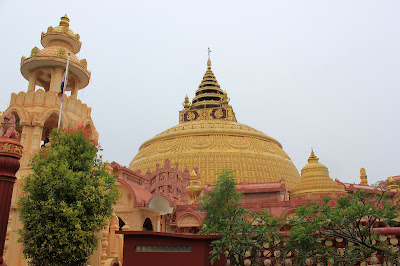 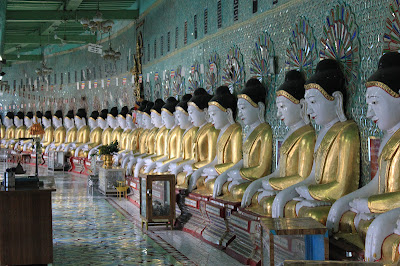 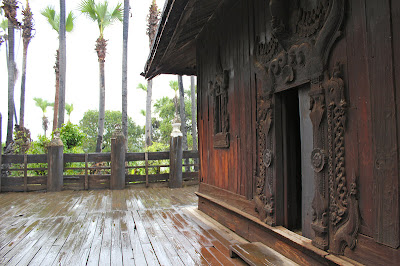 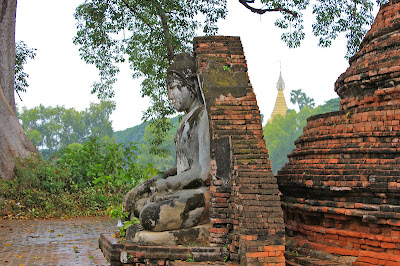 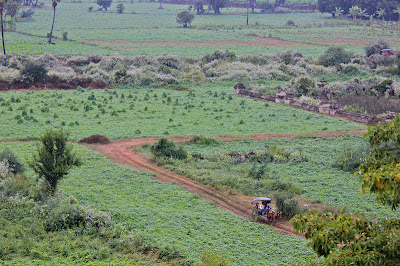 Despite all the negative feedbacks we had heard about Mandalay and the appalling (British) weather,  it was a beautiful experience (and a really nice lunch!)
Posted by M. at 11:34 AM 1 comment:

Bagan, an under known treasure

As I'm incredibly late with the blog,  I'm going to keep the talking to a minimum and just show you the best shots!
Bagan can easily be compared to Angkor in Cambodia, there is actually even more temples, but it is in Myanmar and not that many people have had the pleasure of visiting yet. So here is a taster!
In summary, there are thousands of pagodas built by a long dynastie of kings between the XI and XIIIth century.
We spent 2 days on our bikes, R looking at the sun (maps of the area are useless and most of the time wrong!), me checking that a snake wasn't going to have a go at me!
Here are the best shots from the new camera! Enjoy! 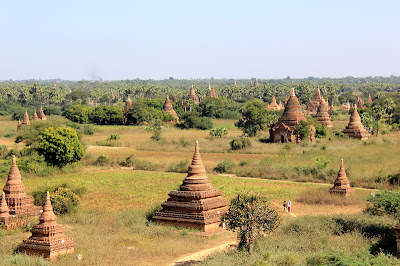 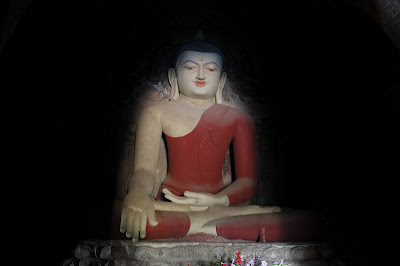 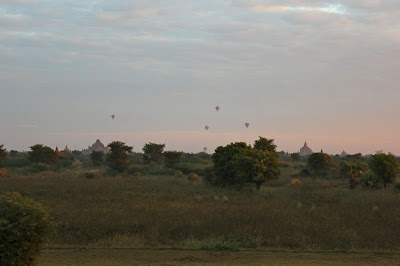 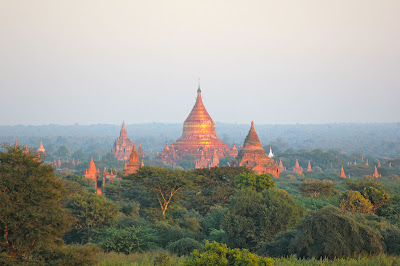 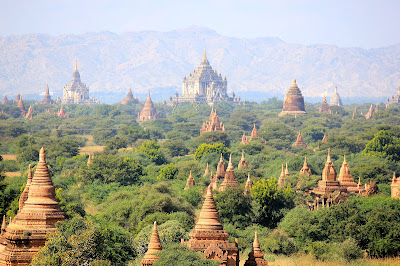 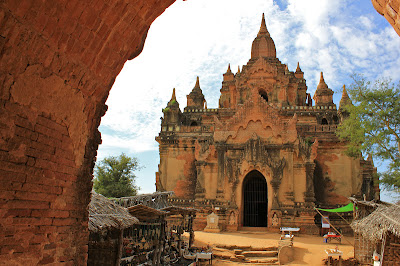 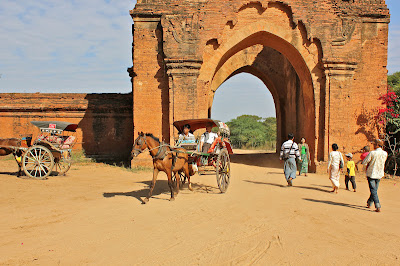 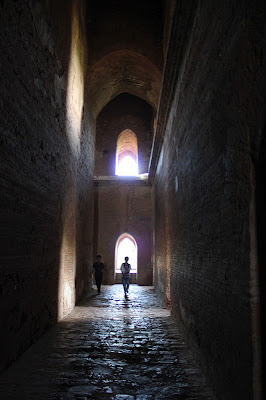