Arrival in Bangkok at 11.30 am. Just 40 minutes late. After 20h, it is not that bad! A taxi trip later and I’m in a very nice hotel in Silom. A shower and I’m out again trying to get to the touristy places. I’m being told by the concierge that taxi is not a good idea as the roads are extremely busy; his advise: a boat! The ‘boat station’ is just 300m away and it indeed has a direct connection to the temples. Destination Wat Pho
It is a huge temple with stunning decoration, especially famous for the enormous sleeping Buddha.
It takes a few hours going around. In the temple, there is also a school to learn Thai massage! 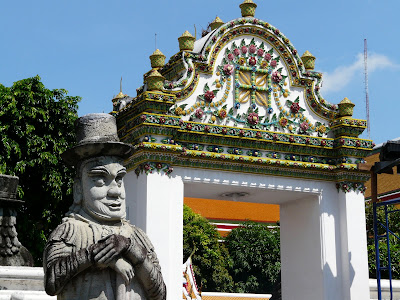 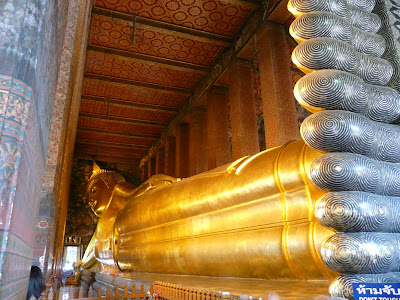 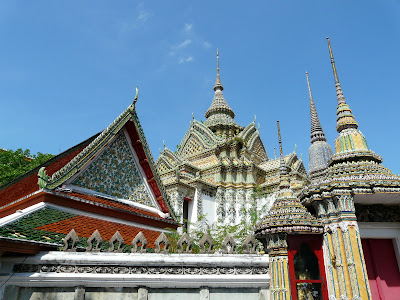 Once this first visit finish, I take a boat across the river to Wat Arun, the Indian temple. It is completely different from the previous temple, much smaller, totally different style, but the stairs are VERY impressive! Several people were stuck at the top, wondering how they were going to get down! 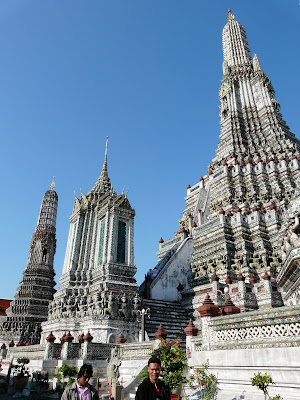 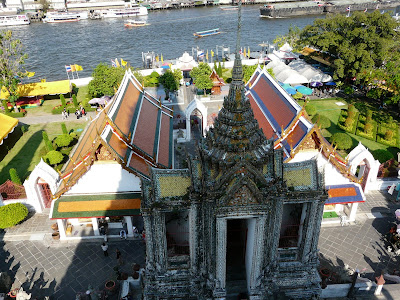 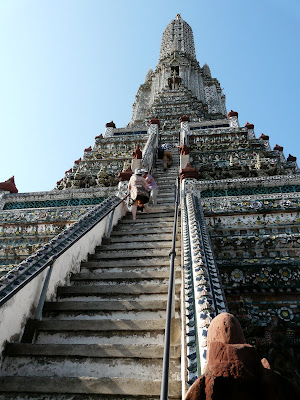 After an afternoon of temples, it was time for a break and a well deserved Thai massage!
On the evening, I decided to go exploring Chinatown, it is described in the guidebook as a Xmas tree lighten up and it is not far from true! 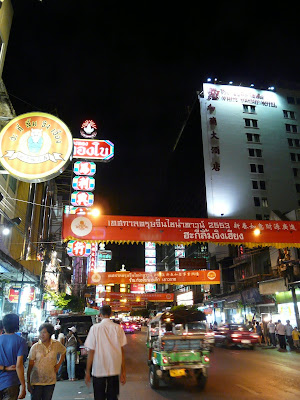 Second day, I had to move hotel as I had messed up my booking. I took the MRT and the skytrain to go downtown. It is a bit of a pain, the 2 systems are not well connected and they are not covered by the same ticket system but the roads are so busy that boat and metro seem to be the only way of actually getting somewhere!
Anyway, after a little bit of back and forward in the public transport, I’m ready for some more touristy things! Today is Grand Palace. Prices are back to European levels, the place is packed, yes that’s normal it is the most famous place in Bangkok! 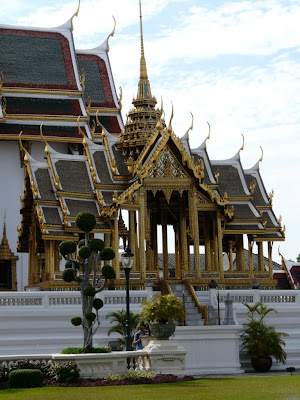 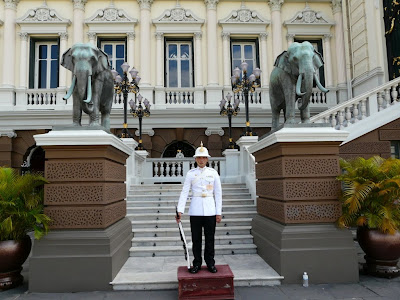 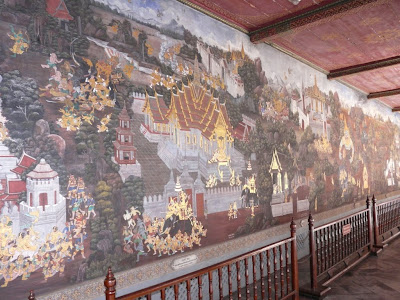 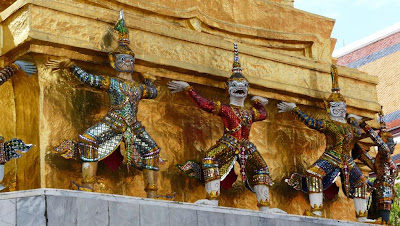 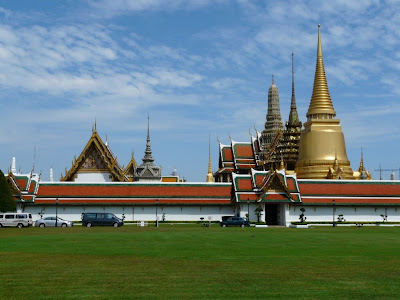 The palace is now only used for formal receptions, the king does not live here anymore. It's the home of the Emerald Buddha, unfortunately, there was a ceremony on the day I visited the palace so I couldn’t see it. 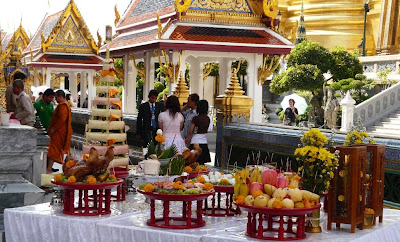 On the evening, I went to the Arabic quarter where the language changes once more! People clothes change, shops change, food changes, it is like going to another country (but you won't get any pictures as I had forgotten to put the battery back in the camera...sorry...)

Final day in Bangkok.
My friend F gave me a book 'The backpacker' a couple of months ago and it was making reference to John Thompson so I took the opportunity of being in Bangkok to pay a visit to his house. It's beautiful, it's mainly made of reclaimed buildings, it's all teak and I even found a tour guide in french! (Not that I was looking but the queue was shorter than for the English one).
There is also an exhibition about chinese astrological signs, I discover I am a rooster and I pretty like the definition! 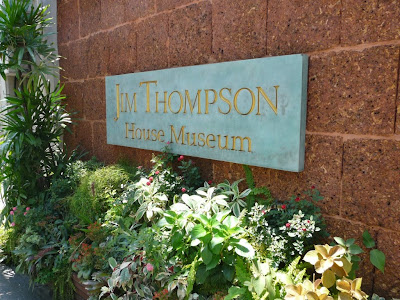 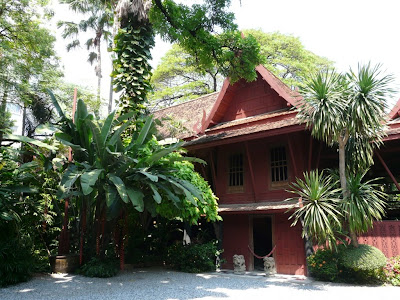 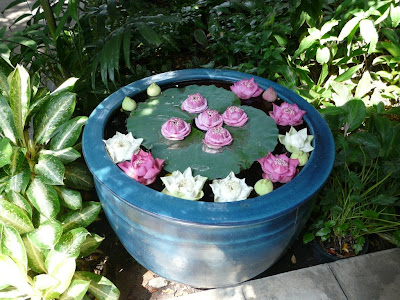 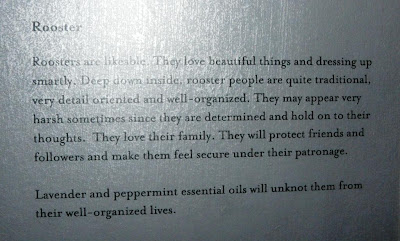 This was my last visit in Bangkok before heading to KL. See you there!
Posted by M. at 5:02 AM