I have been supposed to write this post for weeks, nearly months but I haven't been very inspired...
We were in good company (C&S were still around), we were on the amazing island of Borneo, the accommodation was brand new, 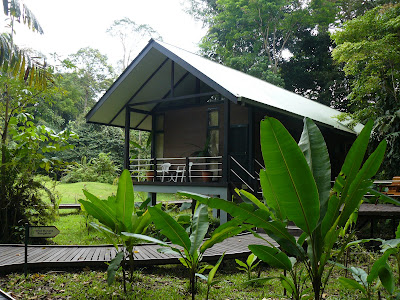 the national park was well organised; everything was in place for a brilliant time, but may be it was just a little bit too nice, not really what you expect from a few days in the Malaysian jungle.

I'll tell you what we did and what we saw anyway!
First, we took the shortest flight ever, less than 30 minutes between Miri and Mulu. You might think it's excessive, but the other options were 8h in a 4*4 or 12h on a boat with no guaranty of arriving! See, my carbon footprint could have been worse ;-)
As mentioned everything is organised in this park, so before lunch, we book all tours we want to do as guides are mandatory for pretty much everything! We'll discover later that there is no reason for that...
As a warm up to the jungle we borrow the keys to the watch tower from where we see... Nothing. The jungle is really noisy but animals are doing a really good job at staying hidden!
First proper excursion is to the very famous local caves (Deer cave and the other one which I have forgotten the name of...), there are indeed gigantic. If i remember well, you could fit 7 747 (the planes) in it!!! Never seen anything that big before! In some places, the roof has collapsed so suddenly the light has been allowed inside which creates some gardens in the middle of this huge cave. 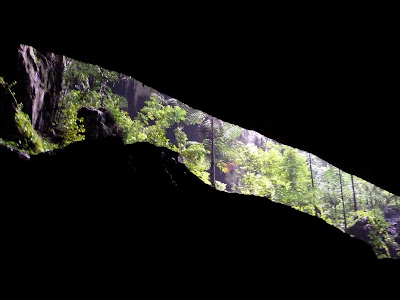 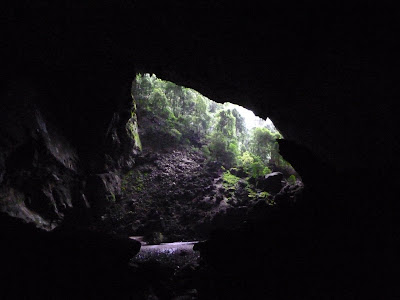 We came to see the famous escape of millions of bats from the cave at sunset, unfortunately it is raining so heavily that it doesn't happen and we really get soaked! (if you pay really good attention to the photo below you can see the gigantic entrance of the cave from where the bats are supposed to come out from) 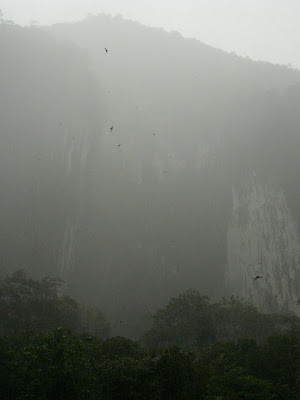 2nd day is our full day trip, we wanted to go "advanced caving" but we didn't have a certificate (yep, apparently you need to bring your caving certificate when you go on holiday...) so we were offered the option of doing a trial but that would have messed up our schedule and it was apparently full of snakes (a special type of snakes who likes caves!). So we opted for a different option, boat trip followed by a few more caves where we spotted a few tiny bats (they seem much bigger in vampire films!) and the usual stalagmites, stalagtites. 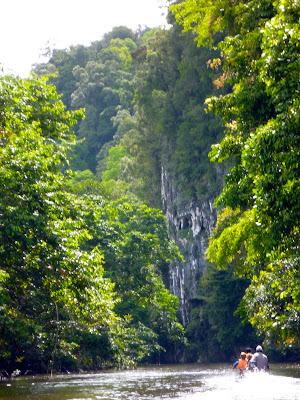 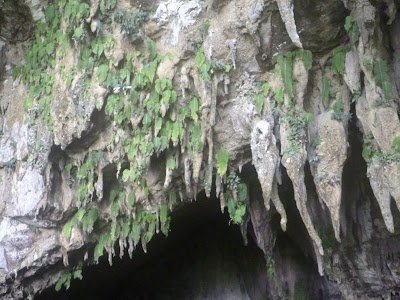 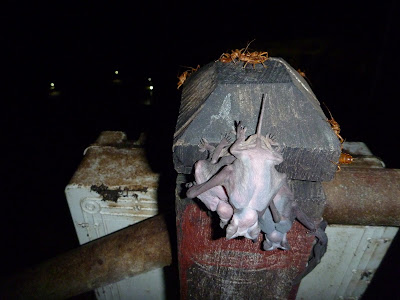 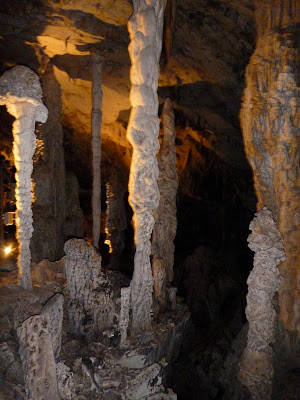 then we went for a dip in the river (luckily we didn't meet any animals while in the water apart from a couple of pretty butterflies which I am definitely putting pictures of on this blog as I' have no other animals for this post!!!!!!!!) 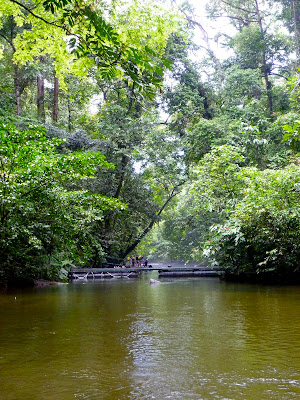 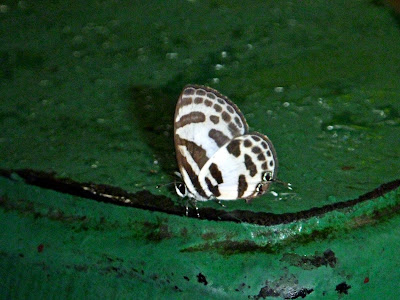 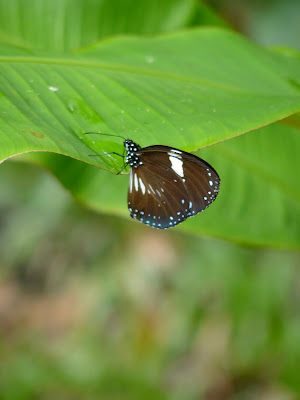 and then we decided to walk back instead of taking the boat. We did go through the most fun cave (on our own, the guide took the boat back), it was pitch black and the pathway was very narrow, good fun!
If I remember well it was called moonmilk cave, the inside was completely white with some rounded shapes usually seen on videos from lunar expedition. We only saw that thanks to C&S good organisation, obviously R and I go caving without headlights...

On the way back, no animal whatsoever, the jungle is really not what it used to be...

In order to make the most out of this trip, we decide to squeeze another walk in this 2nd day, this time no guide! We are going to the waterfalls. It's muddy, it's slippery, we are not really sure of where we are heading and there are leaches all over the place. It's S turn to discover this pleasure!
Ok the waterfalls were ridiculous but it was the most jungle-like walk of the WE!

On the final day we do the canopy walk. There is 800m of bridges at 25m height, going from tree to tree; quite an amazing design, 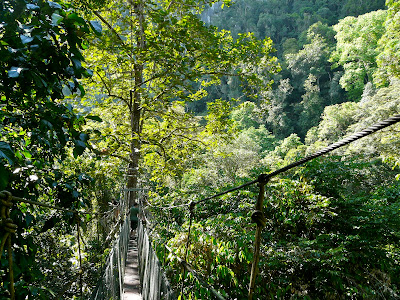 not a single nail has been used on the trees which support the entire installation, but once again no animals whatsoever :-(((((
Finally the long WE is over, the Singaporeans have to go back to work, leaving the Parisians on Borneo, but before this WE is off, here are a couple of photos from Miri's beach. First fishermen targetting jumping prawns and then the local offshore platform seen from the beach (ok zoom 18...) 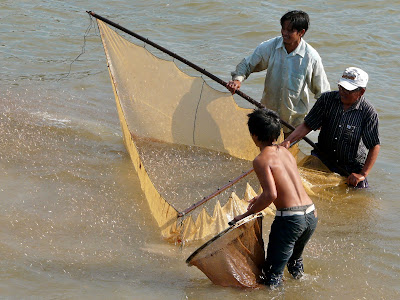 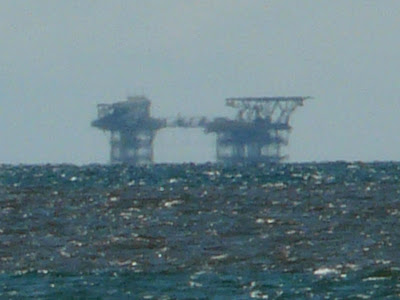