The bridge on the river Kwai

One of the most famous bridge in the world is about 2h drive from Bangkok. Having tried to reach it by the weekend tourist train previously (and having miserably failed), this time we did a bit more planning and it was worth it!

We got a car to drive us past the latest station of the death railway, all the way to the hellfire pass memorial.

The 415km of the death railway connecting Thailand to Burma were built between 1942 and 1943 by the prisoners of war (mainly Australian, British, American and Dutch) and south east asian workers under Japanese order.

The conditions were terrible and during some period death rate was above 40%. A lot of the railway was bombed by the allies in 1945 with many bridges destroyed, a significant length is also now under water at a dam near the 3 pagodas pass. The only part still in use is between Nam Tock and Bangkok, passing Kantchanaburi and the famous river Kwai bridge.

Note that the river was re named after the film as originally the death railway followed the river Kwai for kilometers but never crossed it, but it did cross several times the river Mae Kwong which was then renamed big Kwai. (isn't Asia amazing to sort these little details out? No problem, just rename the river! As long as the tourists come...)

Back to our visit. At the memorial, we walked some part of the railway up to the hellfire pass, the longest cutting made in the rock in the railway. 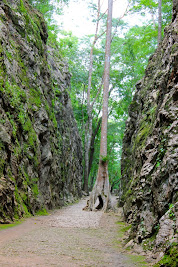 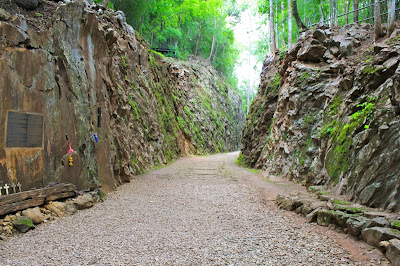 I can confirm that it is hot, sticky and there are a lot of mosquitoes. The view across the valley are stunning but I don't think the guys got to enjoy that very much. 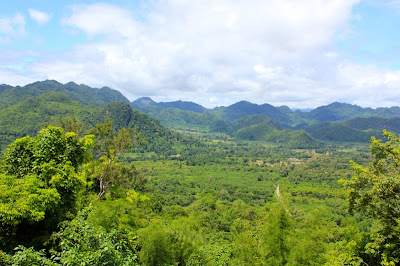 The memorial is very interesting and was built by the Australians, it really gives a feeling for the atrocious conditions the men worked and lived in as well as the incredible accomplishment of building such a railway on a route passing jungle, canyons and rivers. 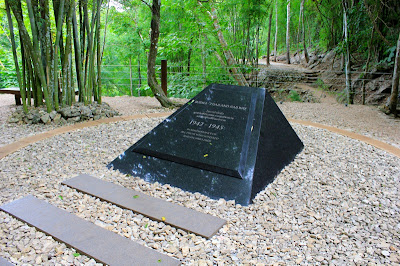 Our driver then dropped us as Nam Tock so we got to ride the train from the terminus to Kantchanaburi passing the bridge on the way. The bridge is a bit of a disappointment on its own but the journey was great and the views again beautiful. 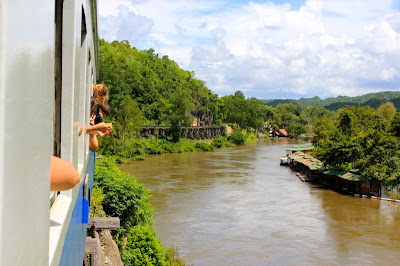 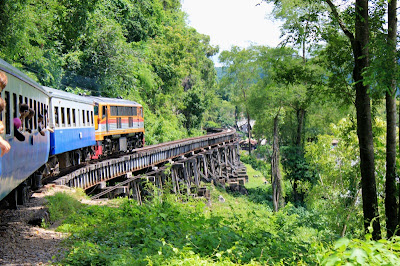 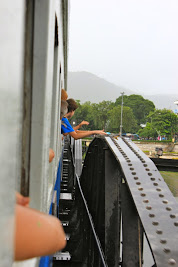 On arrival at Kantchanaburi, we paid our respect at the war cemetery and went for a tour of the JEATH museum before driving back to Bangkok. 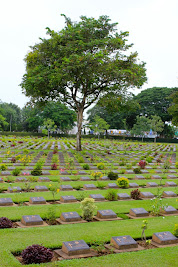