Spelling Phnom Penh is a mission on its own! Getting there is actually much easier! 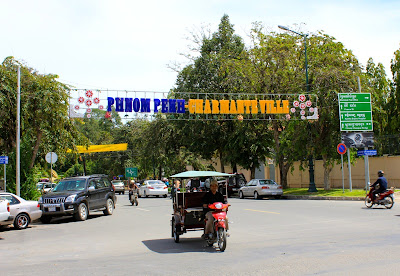 This is the 2nd post of this blog on Phnom Penh; as a guest writer, R had already written one after he came back nearly 2 years ago. I haven't re read it, may be I will before the conclusion of this one...

Anyway, N and I realized that both of our other halves had visited PP (for simplicity we'll use an acronym! do not believe that I have already forgotten how to spell it!) so we decided on a middle of the week trip to PP, going on a Wednesday morning coming back on Thursday night. According to all the guide books, it doesn't require much longer, thanks to the Khmer Rouge who have destroyed a lot of what was worth seeing...

After a lovely lunch on the poolside of our gorgeous hotel, we boarded our tuk-tuk to get to S-21, a high school that PolPot had transformed into the worse prison in the country, right in the middle of PP.

As in other sites of horror, there is not that much to see but the atmosphere is oppressing. There are lots of photos of the people who died there. A rough calculation gave a death rate above 90%... 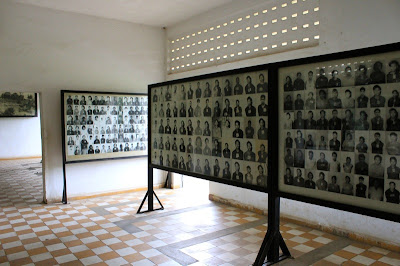 The rare explanations provide really disgusting details : glass was added to windows to keep screams in so it wouldn't disturb the neighborhood, barbed wires blocked the open space in corridors so people would not jump and commit suicide etc 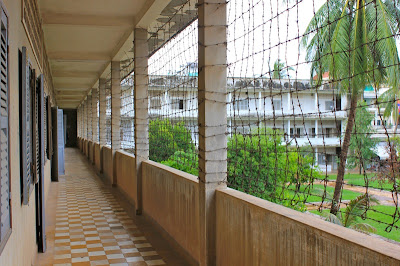 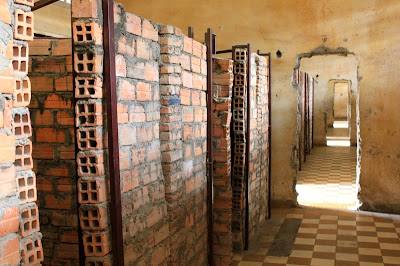 Throughout the visit, we made an attempt at piecing the history of Cambodia together but I have to admit that it is quite twisted. People have changed their mind several times regarding friends and enemies, making it complicated to follow.

One thing jumped out, all senior Khmer rouge members were highly educated, they had mostly been sent to university in France. What can make a human being do what they have done in their 4 years of power to their own country and their "camarades" is completely incomprehensible.

In order to lighten the mood, we moved on to the Russian market, cocktails, dinner and massage! After all, it is a girls trip! 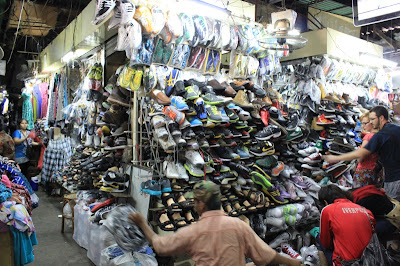 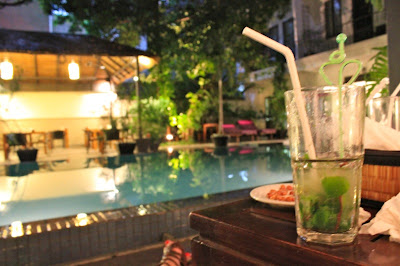 The second day was planned out as a military battle in order to fit everything in before flying back to Sg. Let's say that the battle didn't really go according to plan as the grumpy lady at the entrance of the Royal palace refused to let us go in with a scarf around our arms (as you do in temples all around the world, but not in PP apparently...grrrrrrrrrrrrrrrr)
First mission aborted! 2 very annoyed French girls then proceeded to have an argument with the tuk tuk driver who doesn't seem to grasp the principles of negotiation: when he starts at 3$, his second move can NOT be 5$
Anyway, now annoyed by 2 local people, we proceeded to restore calmness at Wat Phnom temple. 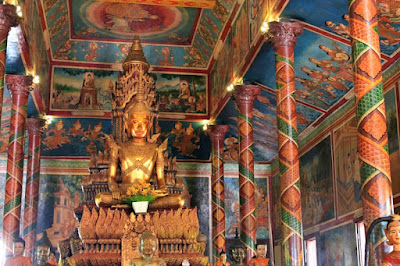 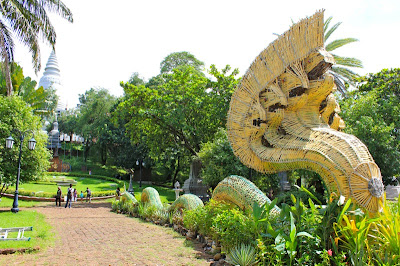 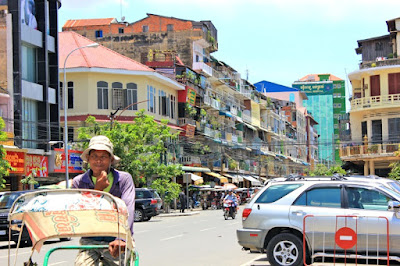 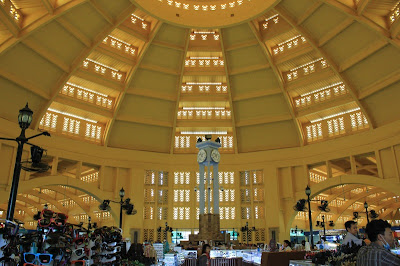 It became clear that negotiation with prices going up is not uncommon, it led to a very hard core debate on 1/2 $ which took a while but I proudly won! (Thinking about it now, I feel a bit guilty, the 1/2$ had probably more significance for the lady than to me, I should have probably let it go...)

With our cardigans, newly bought check shirt, long pants and our grumpiness, we made it back to the Silver pagoda/Royal palace. After all it is the main thing to see in PP so we couldn't really be too snobby and ignore it...

We toured the palace for a short hour, completely melting in our long trousers and long sleeves. The palace who is still being used by the king (the son of the one who changed his mind about the French, the Americans, the Russians and the Khmer rouge several times!) is indeed very beautiful but we were disappointed by the silver pagoda which is meant to be the highlight because of the complete lack of effort made in showing it to its best and even taking basic care of it. 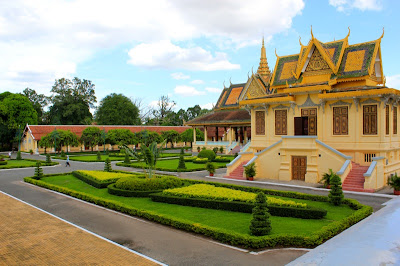 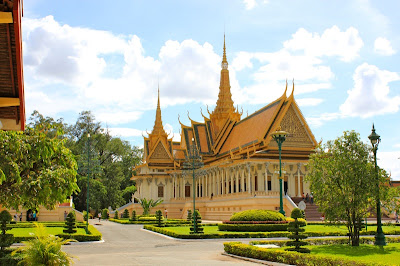 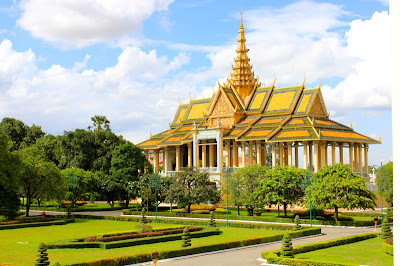 It's famous for the 5000 silver tiles on the floor. Most of them have been taped with brown Sellotape and then covered by carpets. The pagoda has then been filled with old furnitures showing thousands of small buddhas without a single explanation, making the solid gold, solid silver and missing solid bronze Buddhas be Buddhas in the middle of Buddhas.
No one could understand what was worth seeing and what was just a series of mass production Buddha. (let's say that we might not have been on our best spirit...)
The lack of photos is not linked to grumpiness or disappointment, it was just not allowed!

2 days was indeed just about right to see PP, in reschuffling the activities of the 2nd day, we forgot to see Hotel Royal which is the colonial equivalent of the Raffles in Singapore, never mind, we'll have to go to the Raffles for a Singapore Sling to compensate ;-)