An evening at Iggy's

It was R's birthday so I took him for a treat to Iggy's. After some mild confusion, we did find the restaurant (I didn't realised it was in a hotel...) 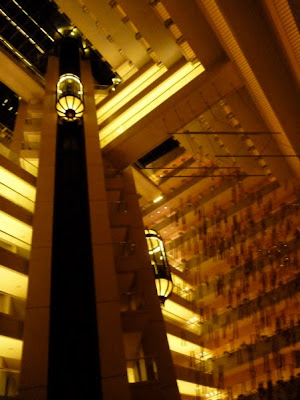 so apologies but this blog is turning once again into a food apology...
We were on for the gastronomic menu so there is an extensive collection of pictures!

First a trilogy of foie gras with some really interesting texture, the cube in the middle is not a crouton but was actually filled with liquid foie gras! 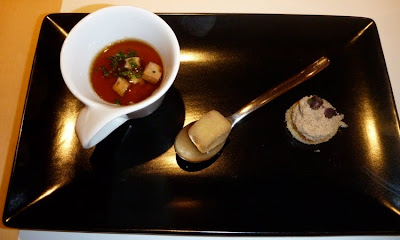 Then was a very intriguing plate of squid 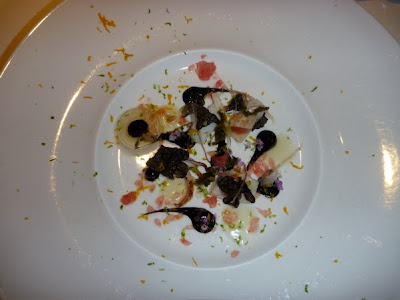 followed by pork belly which I forgot to take a picture of until I had cleaned the plate...
a combinaison with crispy parma ham and kalamansi 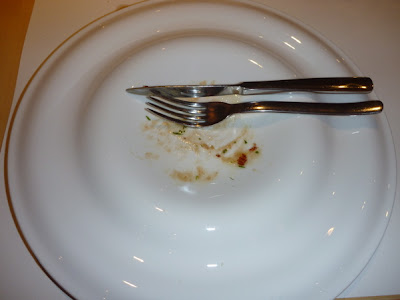 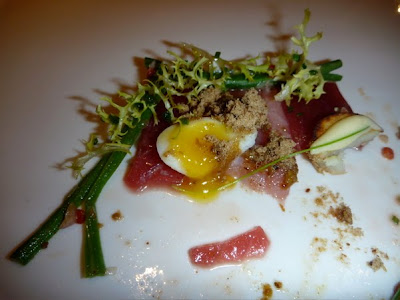 But for me the best bit of the dinner was the egg, yes just an egg. Actually there was some mashed potatoes, some crispy chicken and black truffle on top. Just amasing! 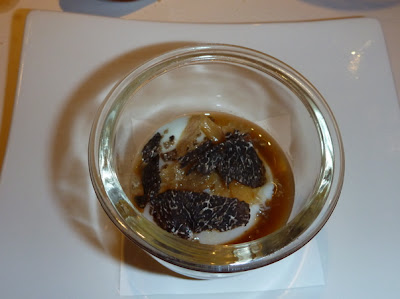 R's favourite was the next one, the Wagyu beef with this horseradish powder which was so lightly providing salt to the meat. 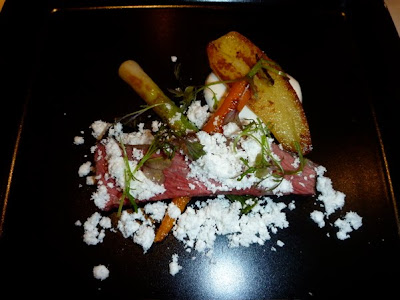 and then came the time of the desserts, first there was the golf ball of white chocolate and passionfruit jelly and the petit pois molasse. 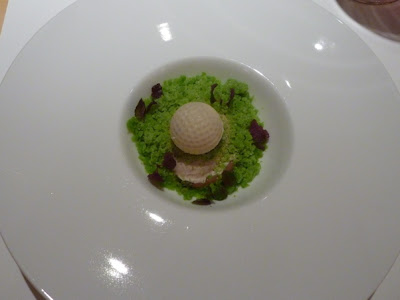 Finally the butternut squash puree and coconutmilk ice-cream.(forgot the picture...)

And just in case R was still hungry, he got an extra one for his birthday, a rasberry and chocolate home-made magnum with extra pink and white chocolate lollies. 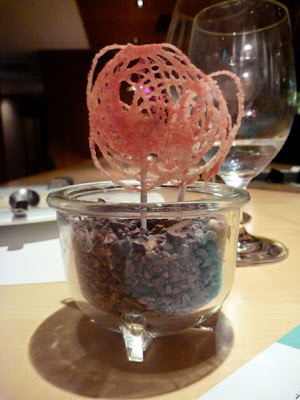 All of that got perfected by an Australian Pinot noir. 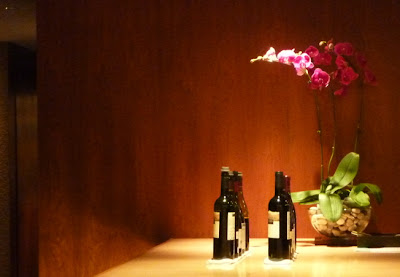 I can only hope it was a good way of celebrating a birthday.
Posted by M. at 2:30 PM