A few months ago, R offered me some F1 tickets for my birthday. They took their time to arrive, but a couple of days before the Grand Prix, here they were! 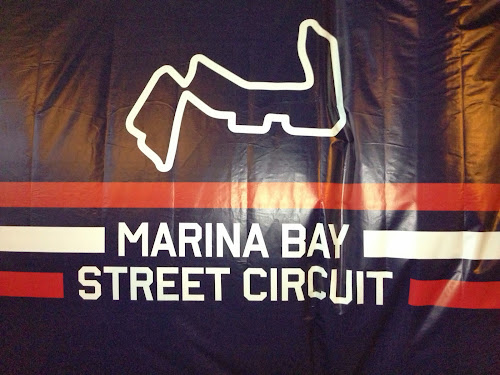 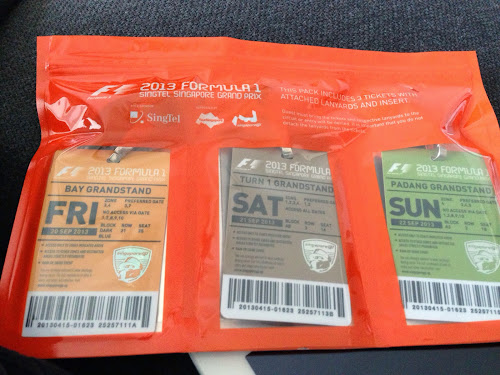 I was not disappointed as I was treated to a different stand everyday!

Friday for practice, we started with a beautiful view of the Marina, Marina Bay Sands was even showing some F1 on its wall and a checked flag under the "boat" at the top. I discovered that despite being a night Grand Prix, there is a lot happening before dark: Porsches race, GP2; plenty of time to get roasted in the stand! (It is actually rather rare to stay outside in the sun in Sg, and that was a reminder why...) 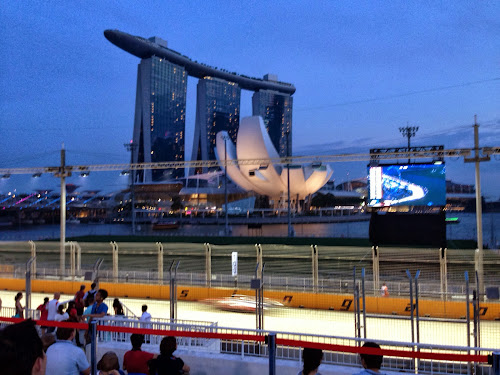 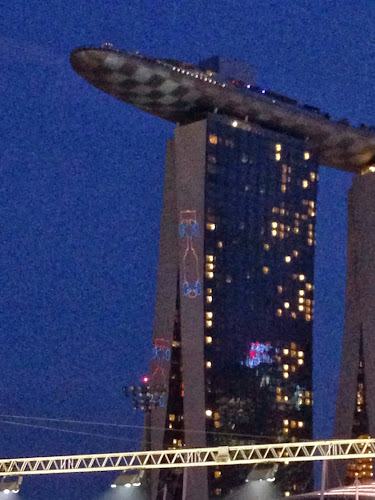 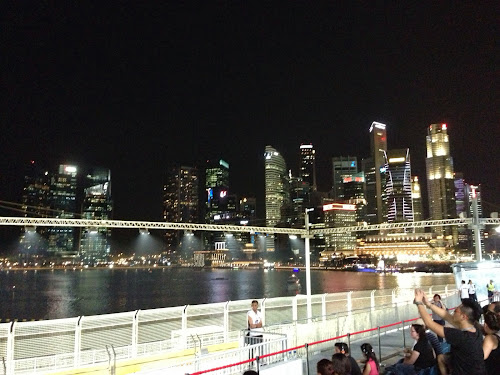 I also discovered my noise limit, Porsches I can do without earplugs, GP2 can not lah! (as Singaporeans would say) 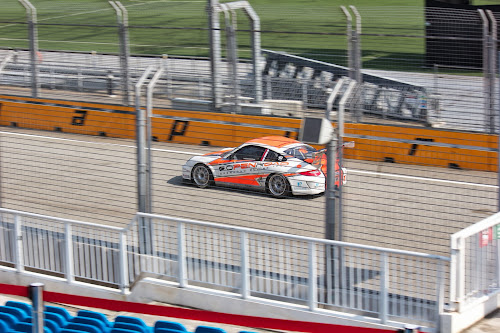 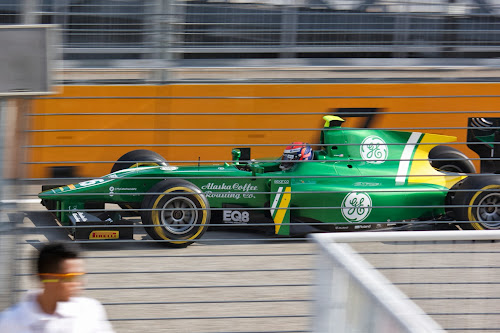 We gave a miss to the big concert that night (some Koreans bands) but caught a little bit of a British artist at dinner time at Esplanade. 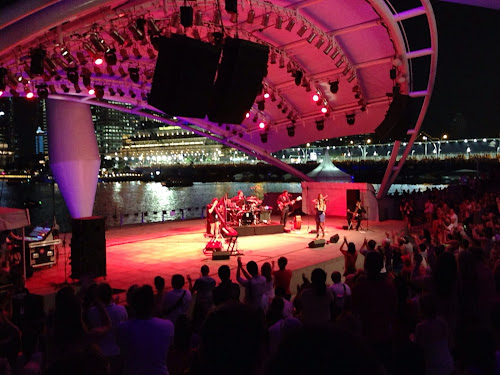 Saturday for qualifying, we were in the posh zone: zone 1 where we got a free ride of the Singapore flyer (the big wheel) just ahead of GP2 race! 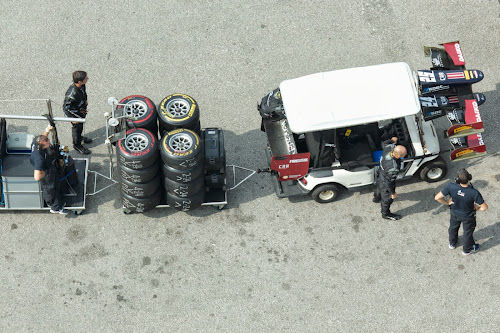 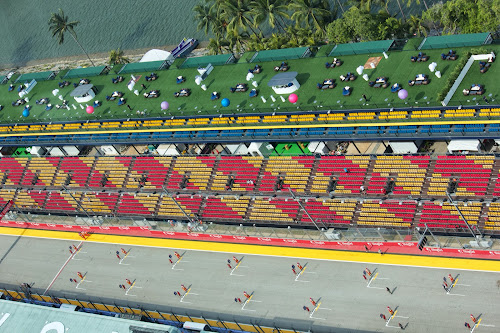 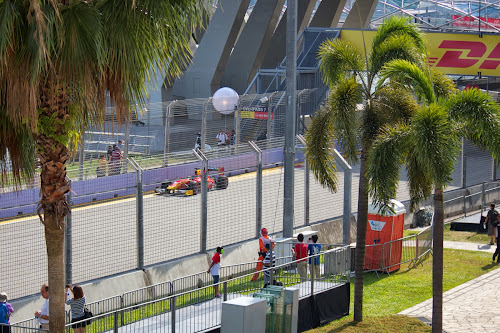 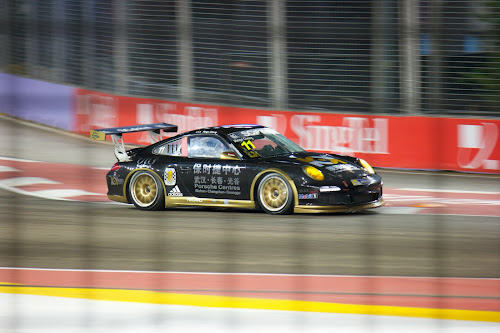 The seats were fantastic! Just outside of the pit lane looking over turn 1,2 and 3. I believe it's where the best photos are from. 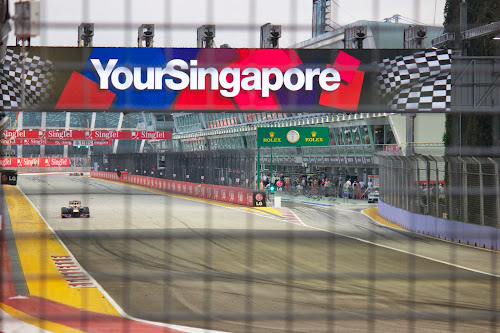 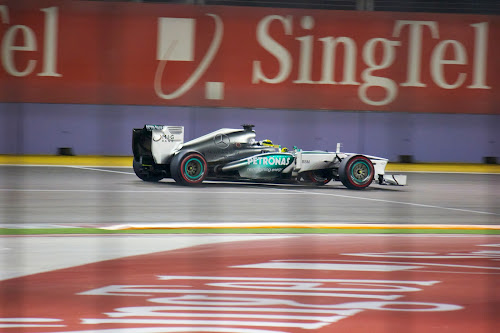 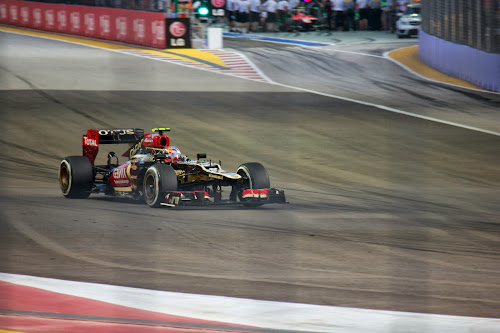 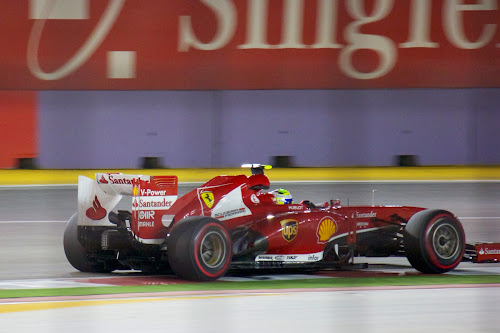 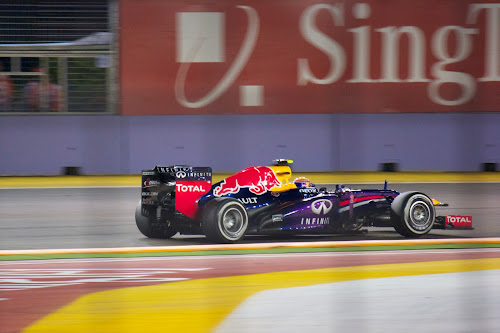 At dinner, we saw Bob Geldof performing and post race, we went back to the Padang for a really cool concert of the Killers. 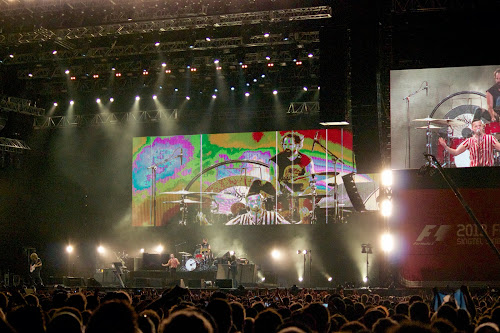 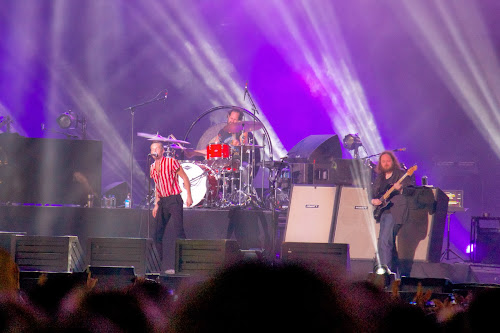 Sunday was race day for all categories, Porsches, GP2 and F1, this time we are on the Padang stand (ready for Rihanna's concert!)

We got to see the tour of the pilots on vintage cars, the safety car a few times, the thing is, we were so close to the track that it wasn't really good for the photos... 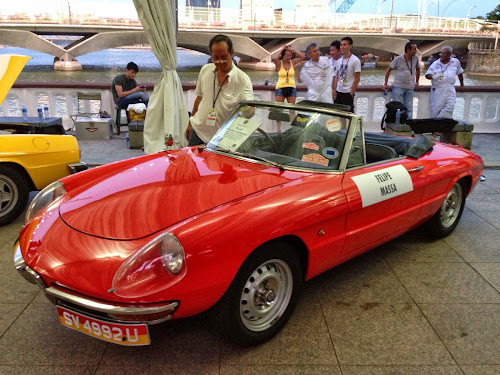 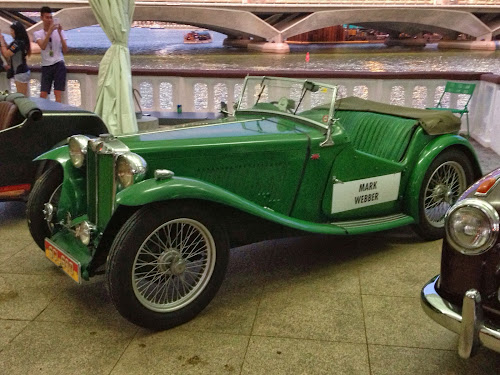 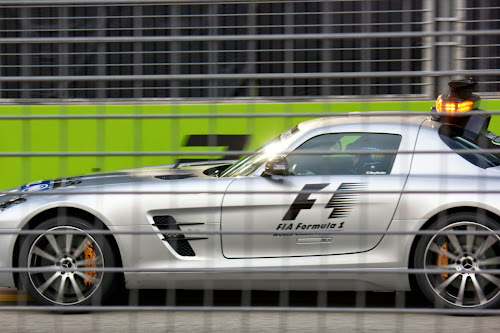 But we were indeed at the best location to watch Rihanna (not) singing and moving her bump (a lot)! 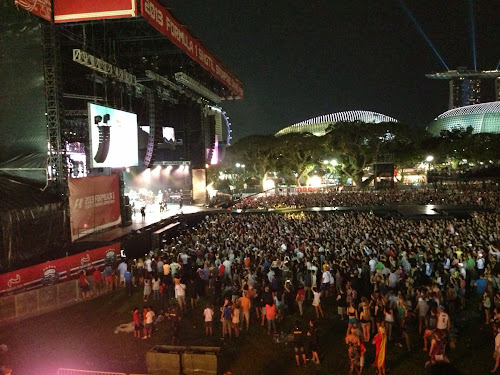 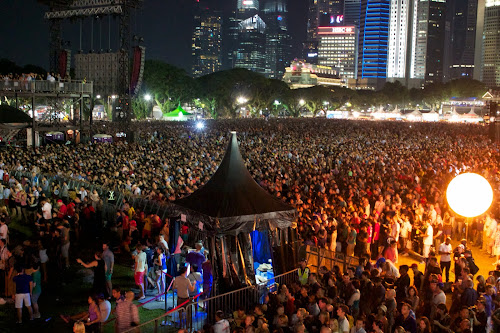 All together, a fantastic birthday present!