I'm super late on posts, so they are going to come in really random order...

We had decided for a skiing honeymoon, and after much consideration, we had picked Niseko resort in Japan. 14m of snow per year, world famous for its fluffy powder.
Getting there was slightly twisted but we managed: Lyon, Frankfurt, Tokyo, Sapporo and after 3 flights, an additional 2.5h in a bus and we were there! 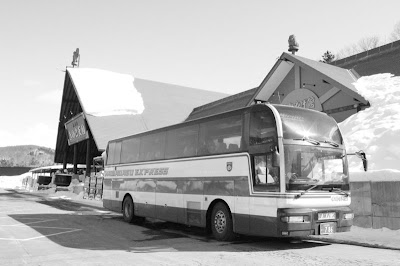 Surprisingly the resort is pretty much at sea level and the summit around 1200m! as soon as we landed in Sapporo, there was already a lot of snow on the side of the runway. 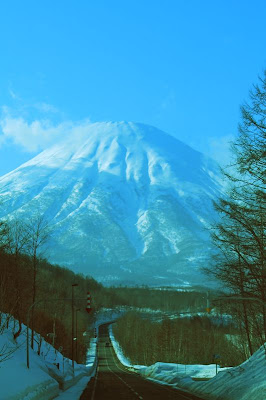 A few funny things about skiing in Japan:
- there is only one mountain, a volcano, so we ski around it, and all slopes pretty much connect at the top. 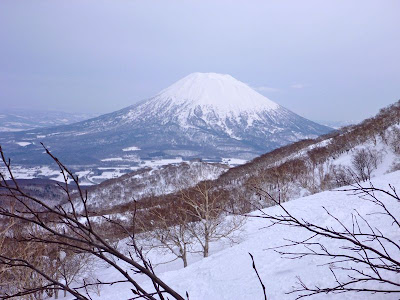 - there a lot of music on the slopes but not as annoying as expected
- the ski lifts are a bit different from what we are use to in Europe: no feet support at all, very few safety bar, no pole lift (sorry not sure how to say that in English...) but that has been replaced by a single chair lift leaving me to feel very lonely... 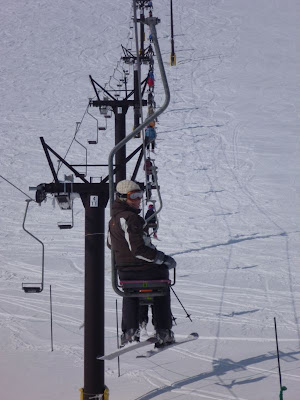 - I think Japanese hate snowboarders or at least try to make their life really miserable, there is always a lot of walking involed: lifts don't connect with each other or they don't take you to the real top of a slope so there is always a need to push/walk. (even as a skier, I thought that was tiring, especially when the walk is near vertical!)

As we were quite out of the peak season (peak is dec/jan, we were there mid march), the resort wasn't really buzzing with life but the restaurants were always full! And we still got a pint of Guiness with a minty shamrock on the top for St. Patrick's day! (they didn't quite got a grip on pouring beer in the shape on a shamrock...)
I'll develop the subject of food in Japan in another post so I won't tell you too much now. 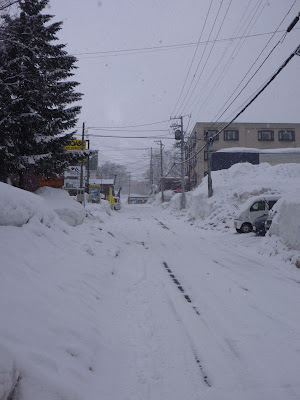 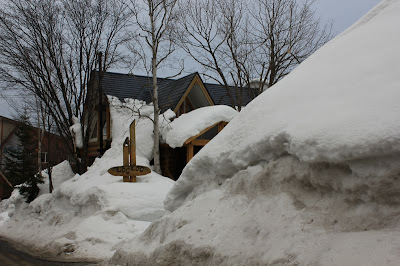 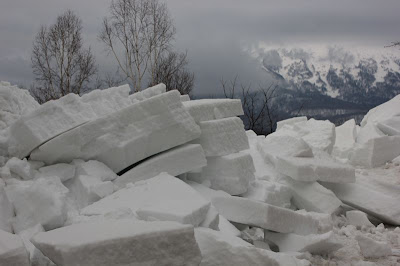 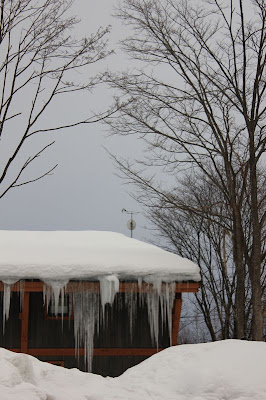 We really enjoyed this first part of the honeymoon (especially champagne, chocolate and roses left in our room :-) and we'll be looking forward going back to Niseko another time during the powder season 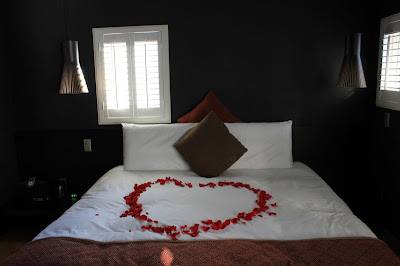 Note for other people planning on a skiing honeymoon in Japan: schedule your wedding for January, you'll get more "puff" (as we call powder in French) 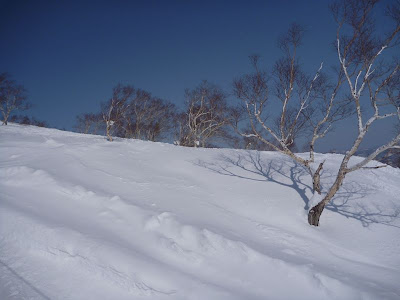